Home Crime Are you the victim of a recent theft of large catalytic converters?
Facebook
Twitter
WhatsApp
Email 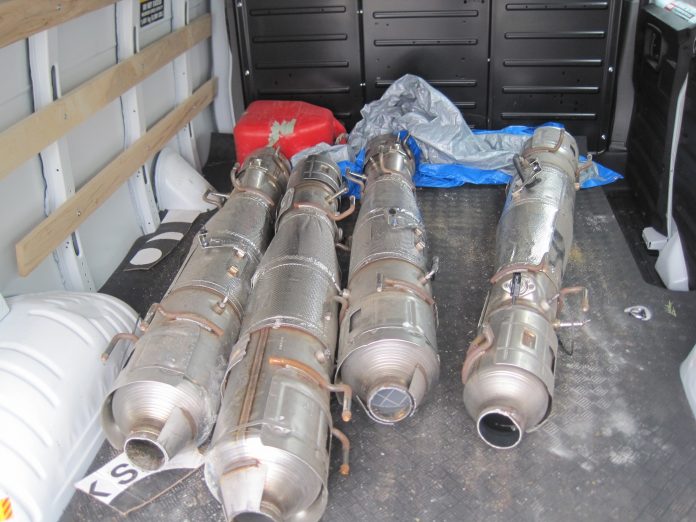 SURREY RCMP are informing the public of the recovery of four brand new large catalytic converters and are looking to identify their owner.

On September 19, the Surrey RCMP Community Response Unit in partnership with Metro Vancouver Transit Police were conducting enforcement near the intersection of Bridgeview Drive and King George Boulevard when they observed a suspicious rental truck. Not long after the initial sighting by police, the rental truck was located abandoned at a construction site, a short distance away. Police identified and arrested a woman who was associated to the vehicle, and believe a second person is also involved. Charges have not been laid as the investigation is ongoing.

As the investigation progresses, police are seeking to identify the owner or owners of the catalytic converters (see photo).

Anyone who believes they are the owner of these catalytic converters or whoever has further information about this incident is asked to call Surrey RCMP at 604-599-0502 or, if you wish to make an anonymous report, contact CrimeStoppers at 1-800-222-TIPS or www.solvecrime.ca.