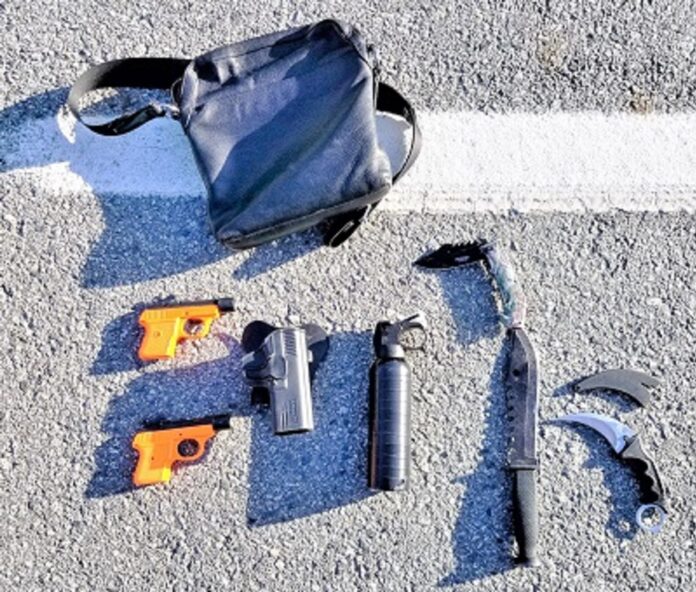 A bulk quantity of suspected fentanyl and methamphetamine has been seized by the Surrey RCMP Gang Enforcement Team (SGET) as the result of a traffic stop in Cloverdale.

On June 8 at 6:50 p.m., SGET conducted a traffic stop with a vehicle for a motor vehicle infraction in the area of 176 Street and Fraser Highway. As they interacted with the driver, officers saw evidence of weapons’ possession. The driver was arrested.

The driver, a 47-year-old man from Surrey was issued violations tickets for Motor Vehicle Act offences. He was also served a warning letter as the registered owner of a vehicle involved in crime that in the future if this vehicle is involved in criminal activity, it will be seized as offence-related property. The man was released from police custody. Charges have not yet been laid, as the investigation is ongoing.

“When we make seizures during traffic stops it is not uncommon for us to find drugs and weapons at the same time,” said Constable Sarbjit K. Sangha, Media Relations Officers for Surrey RCMP. “This really speaks to the danger of the lifestyle drug traffickers place themselves in. Not only do they fear detection by police, but they constantly have to look over their shoulder for rival criminals or even as a result of disputes in their own drug lines.”

Anyone with more information about drug trafficking or gang activity in Surrey is asked to contact the Surrey RCMP at 604-599-0502. If you wish to make an anonymous report, contact Crime Stoppers at 1-800-222-TIPS or www.solvecrime.ca.