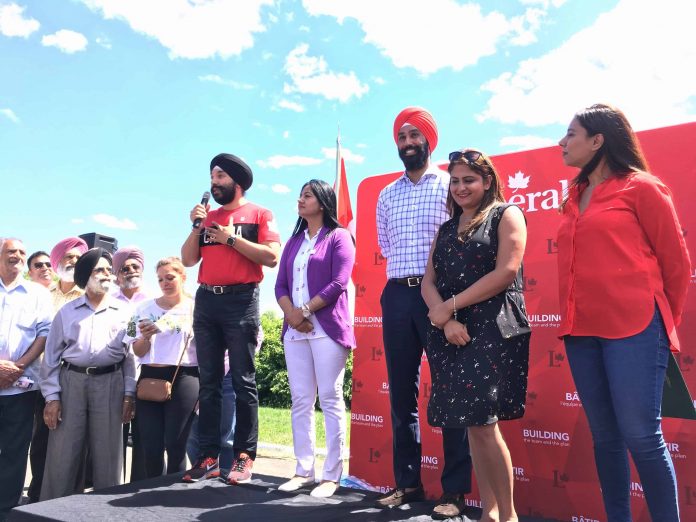 Approximately 2,000 residents attended to meet with their MPs and enjoy the summer weather in Brampton’s central and well-loved park. Each MP took the opportunity to thank their supporters, volunteers, staff and their respective Brampton Liberal riding associations for their dedication of time and energy to keep the Liberal flag waving in Brampton.

Following the celebrations on July 1, of Canada’s 150th birthday, the festivities continued with special recognition of the 35th anniversary of the Charter of Rights and Freedoms.

The MPs told community members that while they represent different parts of Brampton, they work as one team to serve the people of the city. They said all Brampton residents are encouraged to reach out to their MPs, who are working hard on their behalf day after day.

IMMIGRATION: Pilot program for newcomers launching companies in Canada to be made permanent