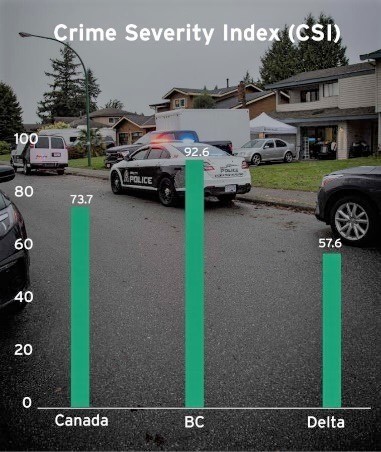 THE Delta Police Department (DPD) said in a statement on Wednesday that it monitors two key performance measures annually at the provincial and national levels. The first performance measure is Statistics Canada’s Crime Severity Index (CSI), the only national measure to compare crime consistently across the country. The CSI is calculated based on the amount and seriousness of the offences reported to the police. A low CSI rate is indicative of a relatively safe community. The 2021 BC CSI average was 92.6, while Delta’s CSI was much lower at 57.6.

The second key performance measure reviewed annually is from data collected and published by the Ministry of Public Safety and Solicitor General (PSSG) in the Police Resources in British Columbia (PRBC) report. The PRBC report details resource data for all municipal police departments and RCMP detachments. Similar to the CSI, the PRBC report is essential as it allows the DPD to compare itself with the provincial context of resources, including population-to-police ratio, crime rates, caseload, and overall funding.

Due to differences in funding models between municipal police agencies and the RCMP, the report presents the data separately, and Delta is compared only to its independent municipal counterparts.

The average population per officer ratio for all municipal departments in BC is 573 (up by two from 2020), with Delta having a slightly bigger population per police officer at 583. Delta’s low ratio, compared to most other agencies, can be attributed to lower density and Delta’s large geography. Vancouver and Victoria also have low ratios; however, theirs are due to urban settings and ambient and daytime populations compared to their suburban counterparts.

The following graphic provides an overview of Delta compared to the average of municipal police agencies. 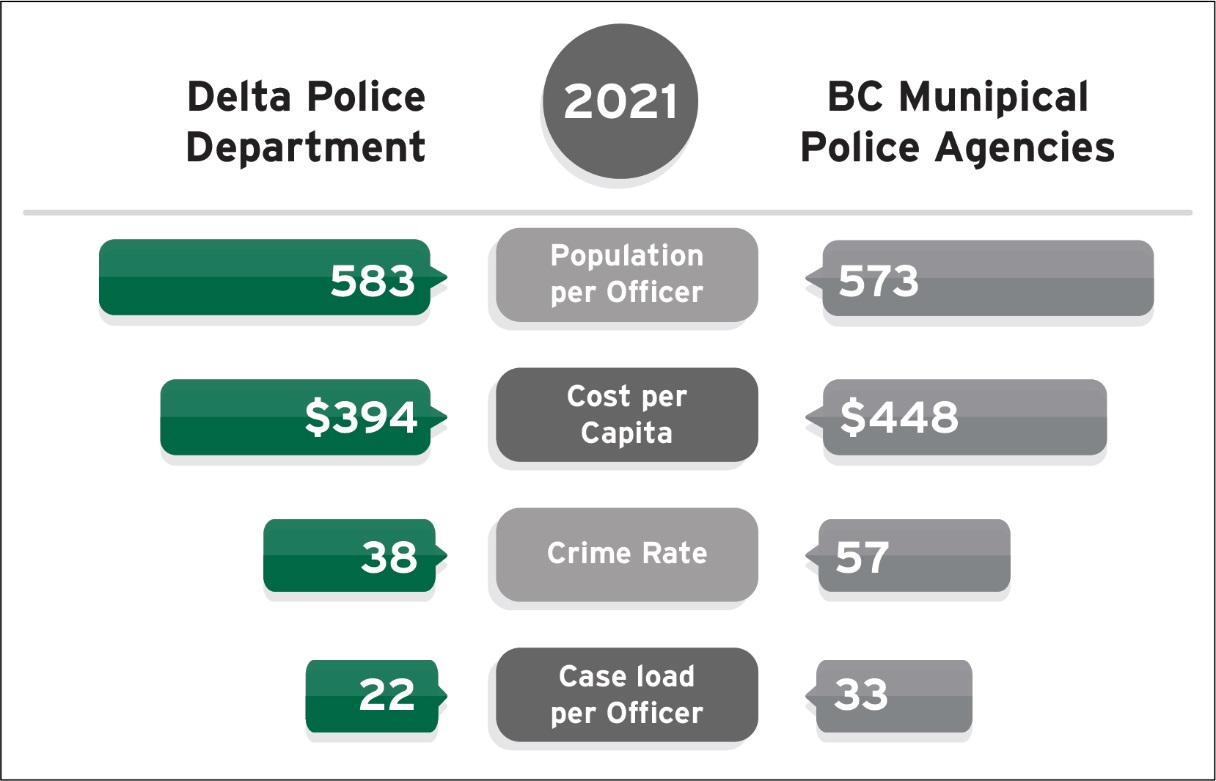 Overall, Delta performs well in resourcing comparison, with a crime rate, cost per capita, population per officer and case load per officer lower than the average of BC municipal departments.