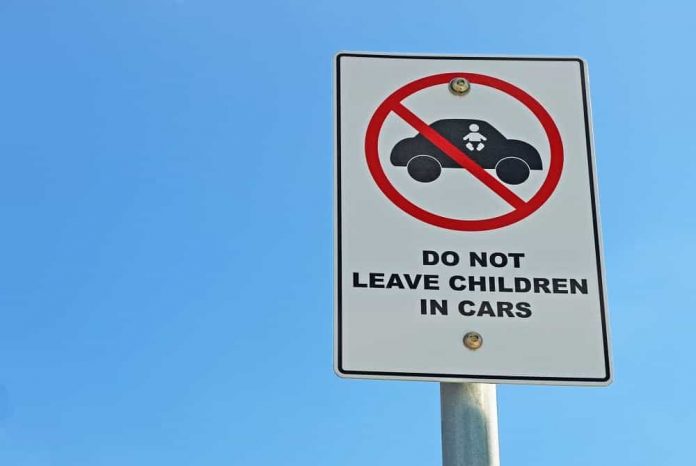 TWO young children were rescued from an overheated vehicle on Canada Day by Delta Police that broke a window to free them.

Delta Police were called to the Tsawwassen Mills mall parking lot just before 5 p.m. on July 1, after two small children were reported to be locked in a vehicle.

“When our officer arrived on scene he discovered the children trapped in the hot vehicle sweating profusely, crying, and with bright red faces,” said Cris Leykauf, spokesperson for Delta Police. The youngest, age three, was strapped in a car seat in the full sun.

Previously onlookers had tried communicating with the children in order to get the older one, age five, to unlock the door. However, the five-year-old was unable to get the door open, and 911 was called at 4:55 p.m.

Police arrived on scene at 5:04 p.m., and communicated to the older child to stand at the back of the vehicle, while the driver’s side window was breached.

“Our officer then helped the children out of the vehicle and brought them into the police cruiser so they could be cooled off by air conditioning right away, and provided with water,” said Leykauf. “He was very concerned with their condition, particularly the youngest child who had irregular breathing.”

Emergency health services were also called to the scene, and the children were brought to hospital to be assessed and treated. They have since been released and are reported to be doing well.

The children’s father arrived at the vehicle approximately 10 minutes after the children were rescued.

“Police spoke with the father at length about the dangers of leaving young children in a vehicle on a warm or hot day. If not for the observant and caring people who were shopping and working at the mall, this might have ended differently,” said Leykauf.

Police will be recommending criminal charges to Crown, and have advised the Ministry of Children and Family Development.