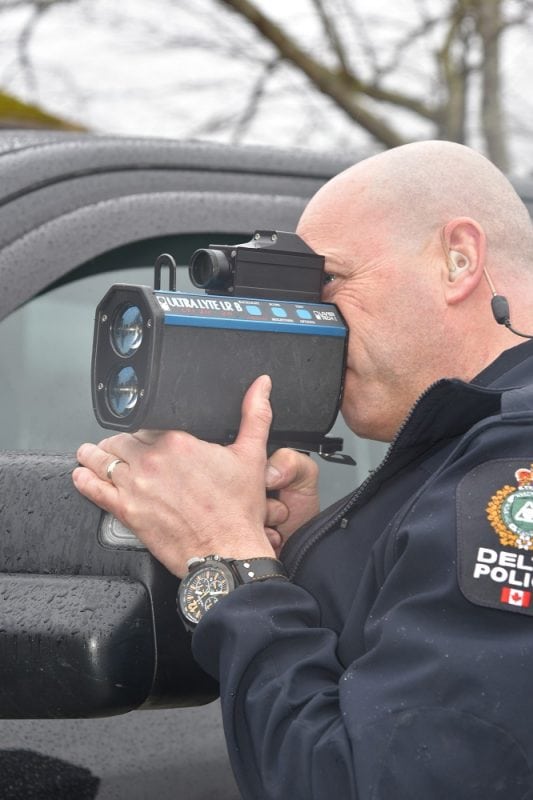 IN what’s believed to be a first in policing in BC, the Delta Police Traffic Unit says it will be regularly advising social media followers when traffic enforcement will be occurring. The first publicized enforcement effort took place on Thursday, April 26, at the foot of Nordel Way.

“Although Delta Police and other forces occasionally publicize enforcement efforts, we don’t think any other police force in BC has committed to giving the public a heads up on a regular basis,” says Staff-Sgt. Ryan Hall of the Delta Police Department. The Traffic Unit falls under his area of authority.

“We’ll be giving folks who follow us @DPDTraffic on Twitter an advance warning of enforcement efforts approximately once a week,” says Hall.

He acknowledges that some may find the move controversial, but adds that the public should recognize that traffic enforcement takes place 24/7, every day of the week.

“Part of the job of traffic officers is to ensure that the public is aware we’ll be out there – whether it’s Counterattack on a summer long weekend, or doing a distracted driving blitz the first week of school. We’d like to expand those efforts year round, because people should be practicing good driving habits every week,” says Hall. “And every minute of every day.”

“If we don’t hand out any tickets, because people have slowed down and are driving responsibly, that would be amazing,” he notes, “because that means all our officers have observed is good driving behavior, and as a result no harm is coming to anyone who is on the road.”