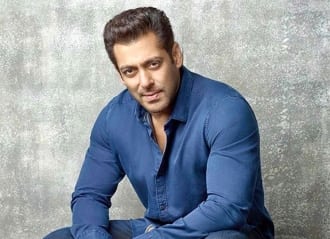 Mumbai  (PTI): Salman Khan may have featured in several blockbuster action films but the superstar says when he was offered “Race 3”, he never thought he would fit in the thriller genre of the movie.
Salman will be seen in the “Race” franchise for the first time, which was earlier headlined by Saif Ali Khan.
When asked how did he come on board for the franchise, Salman told reporters, “‘Race 3’ script was offered to me two years ago but I didn’t think I fit in the genre. I asked Ramesh Taurani to make some changes because I didn’t fit in that genre. Once that was done, I thought it would be actually a lot of fun to do this film.”
The 52-year-old superstar quipped that for “Race 3”, he has added a bit of the family drama “Hum Aapke Hai Koun.”
“I haven’t seen Race 1 or 2 but I knew the format. It needed a little change so we added a bit of ‘Hum Aapke Hai Koun’ in the film,” Salman said.
When a journalist asked, no sensible actor, Salman cut her and said, “would have done the film?”
The journalist then continued her question, that every sensible actor feels butterflies in the belly before starting anything new, Salman replied, “You’re asking the wrong person. I’m not a sensible actor. I am neither sensible, nor an actor.”
The film also marks a comeback of sorts of Bobby Deol, who will be seen shirtless in the film. Salman said the “Soldier” star’s physique had changed so much he should be rather called “Body Deol”.
“Mamu (Salman) is my angel, he believed in me, he caught me when I was getting more focused in life… You can get work anytime and I was preparing myself for that. Next thing I know is, mamu calls me and says ‘Will you do this?’ and I’m like ‘I’ll do anything’,” Bobby said.
Shooting of “Race 3” coincided with the Jodhpur verdict of Salman, where the actor was convicted for five years for killing two black bucks and was released on bail after spending two nights in jail.
When asked if that put pressure on him considering a lot of money was riding on the film and what would happen later, Salman said, “Do you think that I was going to go in forever?”
When the reporter said “no”, Salman added, “Thank you. Because I was worried.”
Directed by Remo D’Souza, “Race 3” also features Anil Kapoor, Jacquline Fernandez, Daisy Shah, Saqib Salemm and Freddy Daruwala. It is scheduled to release on June 15.