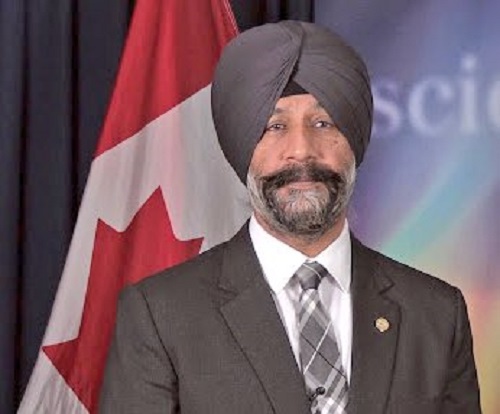 In this role, Kochhar will support the Government of Canada’s ongoing efforts to fight COVID-19 through a whole-of-government, comprehensive, and coordinated approach.

Kochhar was appointed Assistant Deputy Minister of the Operations Sector for Immigration, Refugee and Citizenship Canada (IRCC) in July 2017.

He joined IRCC from the Canadian Food Inspection Agency (CFIA), where, as Associate Vice-President of Operations, he was responsible for delivering inspection services across the country as well as the management of over 4,000 employees.

He has served as Canada’s Chief Veterinary Officer, as well as Canada’s Delegate to the World Organization for Animal Health. Kochhar was responsible for managing several high profile cases while at CFIA, including the official response to Canada’s largest beef recall (XL foods) in order to ensure the continuing safety of the Canadian food supply, according to a profile on a federal government website.

Prior to joining IRCC, Kochhar was Associate Professor at the University of Guelph’s Ontario Veterinary College. He also practiced veterinary medicine as a small animal veterinarian in South Western Ontario.

As Assistant Deputy Minister of Operations at IRCC, Kochhar was responsible for the delivery of Immigration, Citizenship and Passport programs across Canada and at 60 different missions/offices abroad. He was also leading key strategic projects for the sector, including the Passport Modernization Initiative, Predictive Analytics, and a major transformation of IRCC’s operational delivery model.

On a personal note, Kochhar is an active fundraiser for JDRF and contributes to charities such as the Heart and Stroke Foundation, the Mental Health Institute, and the Liver Foundation. He has been awarded the Queen’s Diamond Jubilee Medal for his professional and volunteer contributions, and was decorated with the Canada 150 Medal for community services.

Kochhar is a veterinarian by training (DVM) and has a Master’s Degree in Veterinary Science (MVSc) as well as a Doctorate (Ph.D.) in Animal Biotechnology from the University of Guelph.

He earned his Bachelor’s and Master’s degrees in Veterinary Science from Punjab Agricultural University.

He enjoys cooking as well as playing golf, volleyball, and skiing in his spare time.