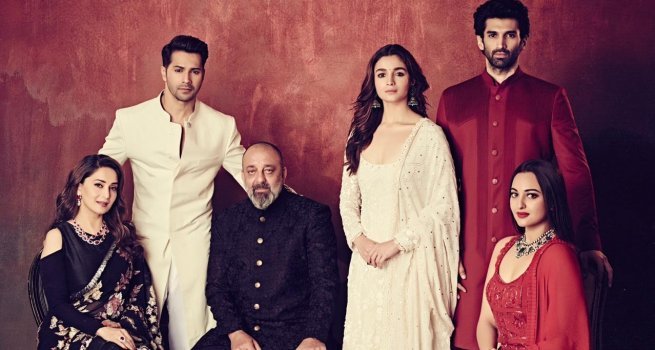 At the teaser launch of the film here on Tuesday, Karan was asked about the thought behind introducing the female characters first.

Karan explained: “We are brought into this world by women. I am raised by strong women and I would say that these three women characters are the heart, soul and spine of ‘Kalan”. So, their strength, beauty and intellect (is something) men could never match up.”

Adding, Sonakshi said: “Hopefully, a time will come when such questions will not pop up any more.”

According to Alia, the film, which also stars Sanjay Dutt, Varun Dhawan and Aditya Roy Kapur, among others, is a true ensemble film as “every character is primary”.

Directed by Abhishek Verman,””Kalan”” is releasing on April 17.