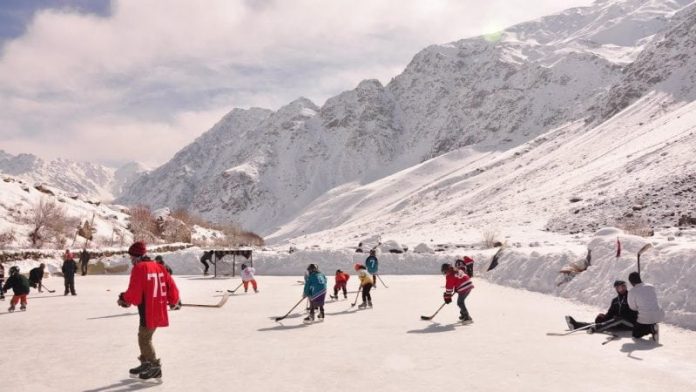 NEW York-based The Hockey Foundation is a charitable non-profit with a global mission to empower under-served youth, promote social change, peace and prosperity, and support community development through hockey, according to their webpage.

They state: “Sport has the power to change lives, and we’ve seen the incredible impact of hockey in remote/under-served regions around the world, such as the Himalayan region of Ladakh, India.

“It is with our mission in mind that we are organizing (and playing in) the Guinness World Record highest altitude hockey game, scheduled for early February 2018.”

The website notes: “The Hockey Foundation has been supporting ice hockey in India since 2009 and we’ve seen the game impact thousands of lives in communities around the country through our sustained support of individual hockey players and organizations.  We’ve not only donated nearly 7,000 pieces of hockey equipment to help increase access to the game, but have also donated hundreds of books to schools around Ladakh, in conjunction with our educational partner ILSC, to support English-language literacy and improve the graduation rate in this under-served community.

“We’ve also focused our efforts on supporting girls hockey in India, and have seen the young women of Ladakh greatly empowered by their opportunity and ability to play hockey and gain from all of the invaluable characteristics that the great game of hockey provides.”