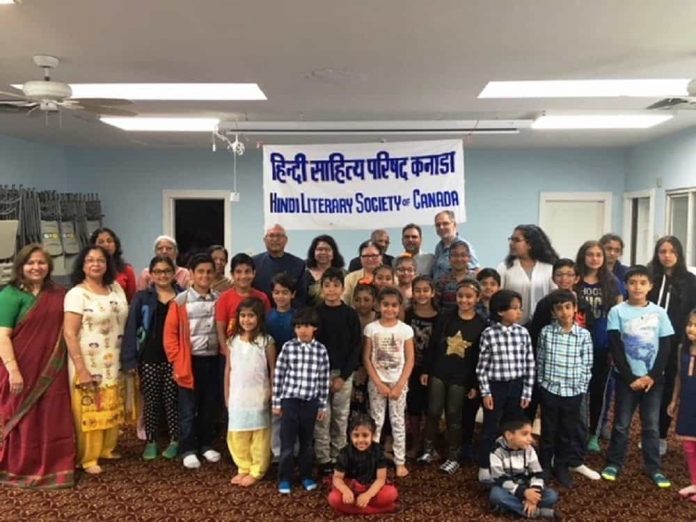 THE Hindi Literature Society of Canada organized a Hindi competition at at Shanti Niketan Hall of Lakshmi Narayan Hindu Temple in Surrey recently to promote Hindi. More than 50 children of three age groups participated in the event that lasted around three hours.

The competition was divided into three categories according to the participants’ ages: up to seven years; seven to 11 years; and 11 to 15 years. Each was judged on their memory, confidence and fluency regarding Hindi language and literature.

A panel of three judges – Acharya S.P. Dwivedi, Anand Jain and Deepa Sharma – chose the winners with three finalists being selected in each category.

Each winner was presented a certificate, a trophy and a cash award.

Dr. Ajay K. Garg (President) conducted the whole program. Shailendra Pathak presented a devotional Bhajan. Harish Masand (Vice President) and Dheeraj Tomar (Secretary) and all other members of the Hindi Literature Society encouraged the students and their parents to spread the awareness about Hindi language and Bharatiya culture in their household life. There was an enthusiastic audience and many new members joined the Society.