A large number of people turned out in the parking lot of North Delta’s Scottsdale Centre Mall on Friday (May 7) to pay their respects to provincial Corrections Officer Bikramdeep Randhawa. Randhawa was shot and killed in a dramatic targeted hit in broad daylight at the crowded parking lot on Saturday, May 1 and police appear to be baffled about the motive behind the murder. The sheer brazenness of the act has stunned both the police forces and the public. The killer was caught on cell phone video as he ran through the parking lot after the shooting to a getaway vehicle. Randhawa was not known to police. 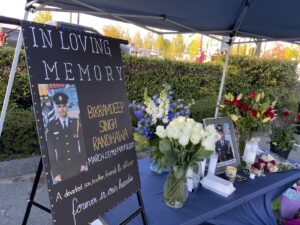 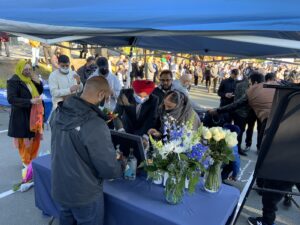