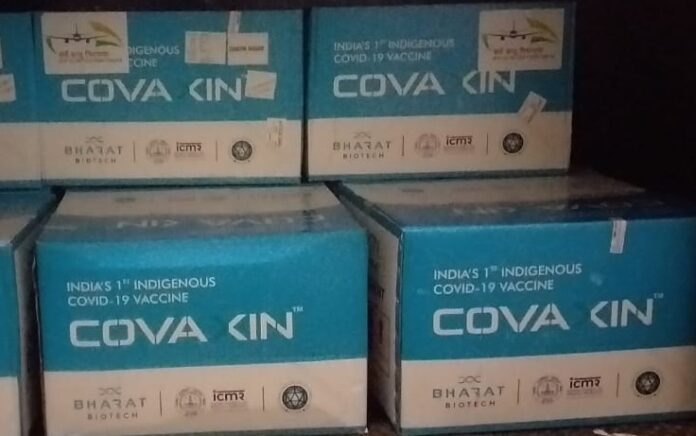 New Delhi (IANS): The Indian government has supplied as many as 70 nations with over 58 million doses of COVID-19 vaccines so far, parliament was informed on Tuesday.

In a reply to a question in the Rajya Sabha, Minister of State for Health and Family Welfare, Ashwini Kumar Choubey, said 58.38 million vaccine doses have been dispatched to foreign countries from India.

Bangladesh has emerged as the biggest beneficiary, receiving 9 million doses from India.

In press release on January 19, the Ministry of External Affairs had stated: “Immunisation programme is being implemented in India, as in other countries, in a phased manner to cover the healthcare providers, frontline workers and the most vulnerable. Keeping in view the domestic requirements of the phased rollout, India will continue to supply COVID-19 vaccines to partner countries over the coming weeks and months in a phased manner. It will be ensured that domestic manufacturers will have adequate stocks to meet domestic requirements while supplying abroad.”

Earlier, External Affairs Minister Dr S Jaishankar had told IANS that vaccinating the world along with India’s own people comes as a moral responsibility for India.

“Being the world’s biggest vaccine manufacturer, it’s natural that India will not just immunise its own population, but will extend it to the other parts of the world. The whole world trusts us on this,” he said.