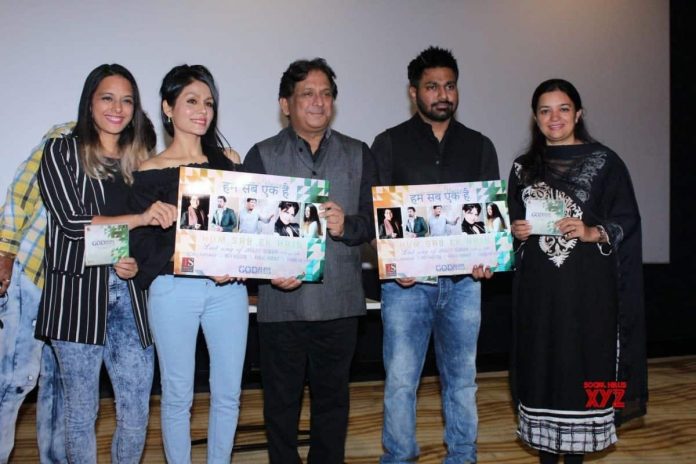 Launch of song on August 15 in Mumbai

‘HUM Sab Ek Hain,’ released by Trinity Sounds Pvt Ltd in association with Ashram of Life, a social and non-profit organization, was conceptualized by renowned writer, composer and producer, Anil Kant, who brings a message of love and unity to the people of India. It carries a unique genre of patriotism that is contemporary and soulful.

Jagjit Singh, the famous and legendary Ghazal singer recorded two very soulful and touching songs in this album, including ‘Hum Sab Ek Hain,’ before his demise.

Mithoon is a very talented, leading music composer and director in the film industry. He lends his voice to support the theme of national integration.

Anil Kant is an accomplished poet, singer, composer and a musician with a mission. He has penned the lyrics to bring the message of love and unity for the nation of India. He also released a project called, Pray for India, with Jagjit Singh that was a milestone and was greatly appreciated by all.

Sonu Kakkar is a well-known, accomplished playback singer known for her versatility and passion for work.

Shreya Kant is a Gospel artist and singer who has performed many spiritual and inspirational songs.

‘Hum Sab Ek Hain’ is a message, a mission and a prayer for the unity of India with the theme of national integration. It is an initiative – not merely a song – that puts aside all differences of caste, color or creed and delivers a message of unity and harmony.

Anil Kant, the writer, composer and producer of this song, has penned the lyrics to give the message of love and unity to the people of India.

As Jagjit Singh said, “I hope this mission will reach as many people and join the people of our country together, in spite of the differences in caste, culture, language and religion. I am happy to sing this song with Anil Kant.”

This is an initiative by Ashram of Life, an organization that works for betterment of society