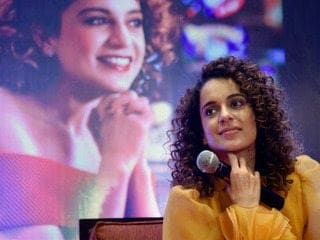 Mumbai (PTI): His directorial venture ‘Simran’ has been mired in controversies, be it the fight over writing credits or the focus on leading lady Kangana Ranaut’s personal life, but director Hansal Mehta says the actor is not doing anything for publicity. 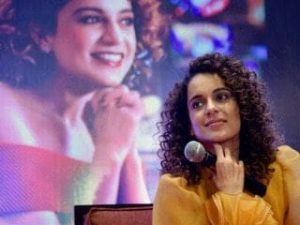 Recently Kangana appeared on the show “Aap Ki Adalat” and talked about her alleged relationship with Hrithik, Aditya Pancholi and Adhyayan Suman.

Mehta, however, is not bothered by the focus on Kangana as he believes she is not someone to back out when asked about her life.

In an interview with PTI, the director says, “Why every time she is on a public platform one asks her about her personal life? She is not somebody who will back out from speaking about anything that is asked to her. She bares her soul… (I) don’t see it as publicity.

“She is an individual who needs to be respected for being fiercely independent in the choices that she makes. I am not sad (for the film). The film is special and it will remain that way.”

Kangana-Hrithik’s alleged love story has turned out to be one of the dirtiest squabbles, with both of them slapping legal notices to each other last year.

In May this year, writer Apurva Asrani had slammed Kangana for discrediting his work when she claimed that she developed the story from a one-line script.

In the film’s first poster, Kangana was credited as the ‘additional story and dialogue writer’ with her name appearing before Apurva’s. It was later rectified with the producer calling it a printing mistake.

When asked if he is upset that his film has been sidelined due to controversies, Mehta says, “I don’t think so.

When the film will be out, it will speak for itself.”

Mehta says every actor has a different style of working and he supports it as the aim is to eventually make a better film.

“Every actor has a process and as a director your job is to aid that process and create an environment that blossoms to its fullest. My job is to help them in their process.”

“Simran” revolves around a Gujarati housemaid in the US, who somehow ends up as a criminal.

“It is a character that Kangana is playing (a robber).

And this character is lovable. And even if she is doing any crime, you feel concerned for her.

“It is a human story and crime is never justified. There should be redemption towards the end. It is a journey and crime is just a part of the journey”.

The film is set to release on September 15.