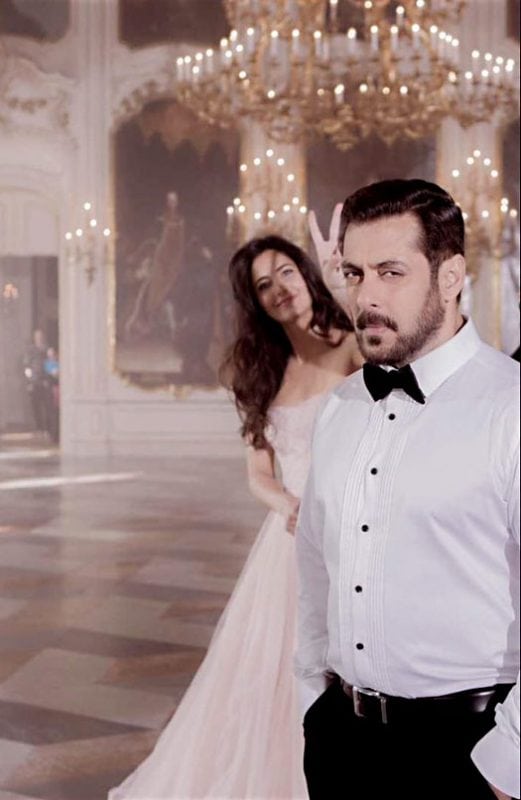 Mumbai (PTI): It is a double celebration for Bollywood superstar Salman Khan, who turned 52 today, as he has overcome the “Tubelight” debacle with the success of “Tiger Zinda Hai”.

“I think ‘Tiger…’ has worked due to one reason and that is Katrina Kaif,” Salman told reporters here.

Asked what Katrina gifted him on his birthday, the actor said, “She has made ‘Tiger Zinda Hai’ successful and that is her gift for me.”

Continuing with his annual tradition, Salman celebrated his big day at his Panvel farmhouse, with family and close friends from the industry like Sajid Nadiadwala, Iulia Vantur, among others. Also present were Katrina and Ali.

Addressing the media today, the actor said, “In every interview of mine I have said I won’t be coming here so that you all don’t come here. I think I have not been successful.

Thank you all for coming here… But next time I am not going to be here.”

Katrina said she was elated with the success of “Tiger Zinda Hai”.

“I am very happy right now. Ali has done a fantastic job. It’s a wonderful Christmas and New Year present for all of us,” she said.

It is a working birthday for Salman as he is currently shooting for “Race 3”.

The actor has his hands full with movies such as “Dabangg 3”, remake of “Ode To My Father” with Ali and a dance-based film with Remo D’Souza.

Last evening, at the Jio Filmfare awards press conference, Salman’s actor friend Shah Rukh Khan wished him on his birthday with a song.

“Tum jiyo hazaaron saal (May you live long)… I wish him all the best. I won’t be able to meet him on his birthday because my children are here and I want to spend time with them. But we will celebrate when he comes back. We can celebrate Salman Khan’s birthday for a whole month.”