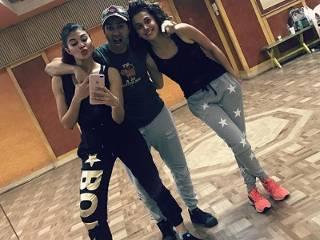 Mumbai (PTI): The makers of Varun Dhawan’s “Judwaa 2” will be inviting real-life twins to launch the first trailer of the movie.

Produced by Sajid Nadiadwala and directed by David Dhawan, the reboot of the 1997 movie “Judwaa” starring Salman Khan, features Varun in a double role.

The producers have decided to invite real-life twins from across the nation to be a part of the event, which will be held early next month.

In a special message posted on the social media, the cast of the film announced the contest.

“We are looking for real-life judwaa jodiyaan! Twins,” Jacqueline said.

Presented by Fox Star Studios and Nadiadwala Grandson Entertainment, the film is set to release on September 29.