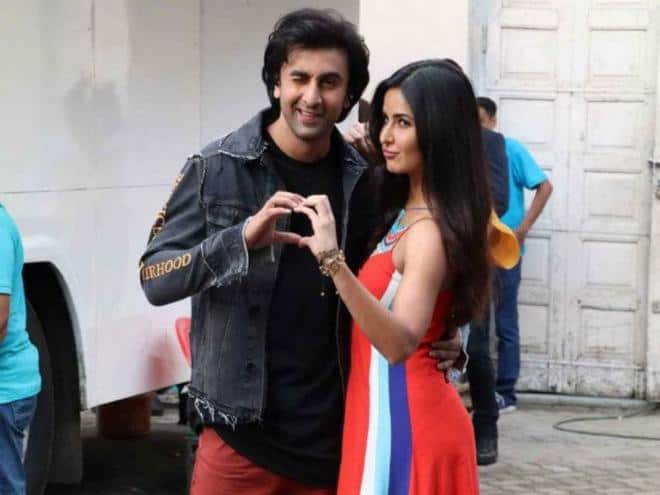 Mumbai (PTI): Actress Katrina Kaif says her banter with “Jagga Jasoos” co-star Ranbir Kapoor has been misunderstood and people have taken their equation during the movie’s promotion in a “wrong way.”

Recently the “Barfi” actor was criticised on social media for not letting Katrina speak in an interview and the trailer launch press conference with many dubbing Ranbir’s behaviour as mansplaining.

Katrina, however, said they were having “a little joking competition” but people were taking it the other way.

“In some places I’ve been reading, people are taking it in a wrong way, this joking competition between us. As long as we are enjoying it (it’s fine) but I think some people are misunderstanding it,” Katrina told reporters here.

Director Anurag Basu added, “The way he (Ranbir) is with us, he is the same person with everybody. He doesn’t have a different face for media or others.”

Ranbir turned producer with “Jagga Jasoos” and when asked whether Ranbir was a better producer or a friend, Katrina said, “As a producer I don’t think he has done much in the film, honestly. Disney has done a fantastic job, they supported us all along the journey. Honestly, it’s Dada’s (Basu) creation, it’s his baby…”

Ranbir then asked Katrina, “But give a reply to that question. Am I a better producer or a friend?”

“As a producer he is not at all (good). But Ranbir is my best friend,” Katrina said before giving a hi-five to the actor.

They were speaking at the trailer launch of the film, here.

Ranbir is confident about the film, which is hitting the screens after several delays, but said he did not really concern himself with the success or the failure of a movie.

“When I was doing ‘Rocket Singh’, I thought I made ‘Munnabhai’, but nobody saw the film. So as an actor, you realise when the audience watches a film, it’s entirely different. I try to stay disconnected with the success and the failure of a film.”

“When I saw Rocket Singh, I called him up and said the film isn’t going to work.” To which Ranbir joked, “I thought ‘isko kya pata hai.'”

Katrina added, “But I told him it’s such a boring film, what’s the meaning. He tried explaining what it is about and I was like I don’t care. But yes, that’s the truth. As an actor you have to care about the process and not the outcome, as it’s not in our hands.”

“Jagga Jasoos” is scheduled to release on July 14.