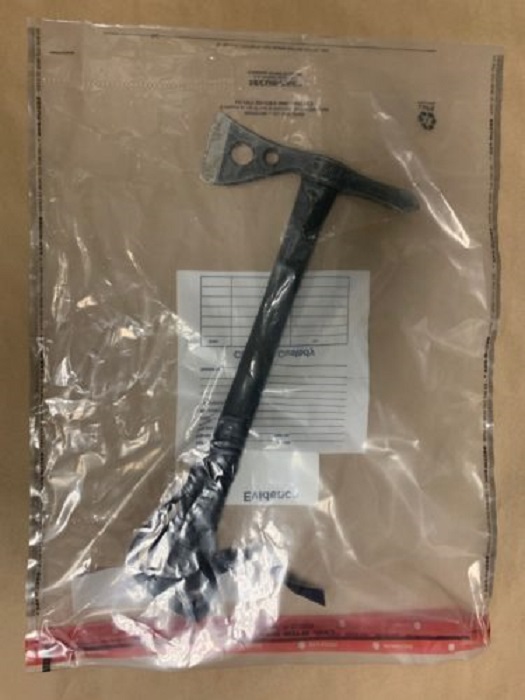 ON Monday, August 8 at approximately noon, New Westminster Police received a call from a witness that there was a man walking through the Brow of the Hill neighbourhood with a hatchet.

A patrol officer quickly located the suspect and attempted to speak with him. However, the suspect raised the hatchet in a threatening manner and charged at the officer. The officer was able to avoid the suspect, who then fled the area.

Several officers arrived on scene to contain the area and the suspect was soon located, arrested and transported to the New Westminster Police Department cells.

“This unprovoked attack on our officer is unsettling,” said Sgt. Justine Thom. “This could have ended in tragedy, and we’re extremely grateful no officer or bystanders were injured or killed.”

The suspect is currently in custody and charges are being recommended relating to assault of a police officer, obstruction, and possession of a weapon for a dangerous purpose.