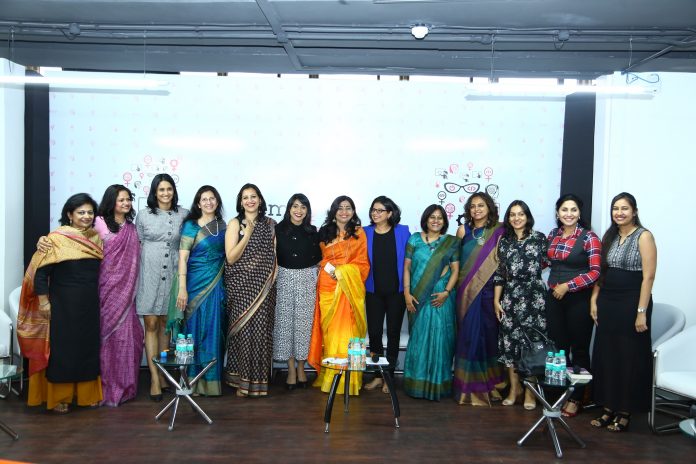 BARDISH Chagger, Leader of the Government in the House of Commons and Minister of Small Business and Tourism, visited New Delhi and Mumbai this week, where she met with senior Indian leaders from both the government and the private sector.

Throughout her trip, she pointed to the strong cultural ties between Canada and India as a foundation to build a closer investment relationship, and the fact Canadian entrepreneurs and small businesses are the drivers of innovation and key partners for these closer ties.

While in Mumbai, Chagger met Devendra Fadnavis, Chief Minister of Maharashtra. She also joined the Chief Minister for the inauguration of a new solar panel installation at the National Centre for the Performing Arts. This installation is Mumbai’s largest, and was built by Guelph-based clean energy firm Canadian Solar.

She also delivered a keynote address at a luncheon hosted by TiE Mumbai, a local branch of the world’s largest entrepreneurship network, where she encouraged entrepreneurs to consider startup investment opportunities in Canada.

Chagger said: “The Canada-India relationship is a top priority for our Government. With more than one million Canadians of Indian heritage, the deep ties that bind Canada and India offer tremendous potential to build and strengthen our commercial relationship. Meeting with leaders from both the Indian government and the private sector has allowed me to promote investment in our Canadian small businesses, and encourage greater growth and export opportunities for our Canadian entrepreneurs.”

IN New Delhi, Chagger met with the Indo-Canadian Business Chamber (ICBC) to discuss trade and business relations between India and Canada. She also spoke at the ICBC annual awards dinner, during which she emphasized the strong cultural and economic ties between Canada and India.

On March 28, Chagger hosted a round-table with women entrepreneurs from the Federation of Indian Chambers of Commerce and Industry (FICCI). She then participated in an announcement with DataWind, a Mississauga-based ICT manufacturer, to celebrate the launch of VidyaTab-Punjabi, a Punjabi-language education tablet.

Later, she attended a round-table on promoting Canada–India tourism, which included representatives from the travel sectors of both countries and from Destination Canada, Canada’s tourism marketing agency.

Chagger concluded her stay in New Delhi with a meeting with the Self-Employed Women’s Association (SEWA), an organization of self-employed women (see photo). She discussed the importance of women’s economic empowerment with several young women entrepreneurs who are working hard to earn additional income for their families.