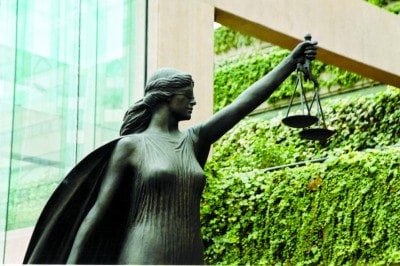 JUDGE Stanley R. Chesler of the U.S. District Court for the District of New Jersey on January 5 entered an order revoking the naturalized U.S. citizenship of Baljinder Singh aka Davinder Singh, 43, of India and canceling his Certificate of Naturalization, the Justice Department announced on Tuesday.

Singh arrived at San Francisco International Airport on September 25, 1991, without any travel documents or proof of identity. He claimed his name was Davinder Singh. He was placed in exclusion proceedings, but failed to appear for his immigration court hearing and was ordered excluded and deported on January 7, 1992.

Four weeks later, on February 6, 1992, he filed an asylum application under the name Baljinder Singh. He claimed to be an Indian who entered the United States without inspection. Singh abandoned that application after he married a U.S. citizen, who filed a visa petition on his behalf. Singh naturalized under the name Baljinder Singh on July 28, 2006. He has been residing in Carteret, New Jersey.

USCIS dedicated a team to review these Operation Janus cases, and the agency has stated its intention to refer approximately an additional 1,600 for prosecution.

“We appreciate the dedication of our Justice Department partners as we work together to ensure the integrity of our nation’s legal immigration system,” said USCIS Director L. Francis Cissna. “I hope this case, and those to follow, send a loud message that attempting to fraudulently obtain U.S. citizenship will not be tolerated. Our nation’s citizens deserve nothing less.”