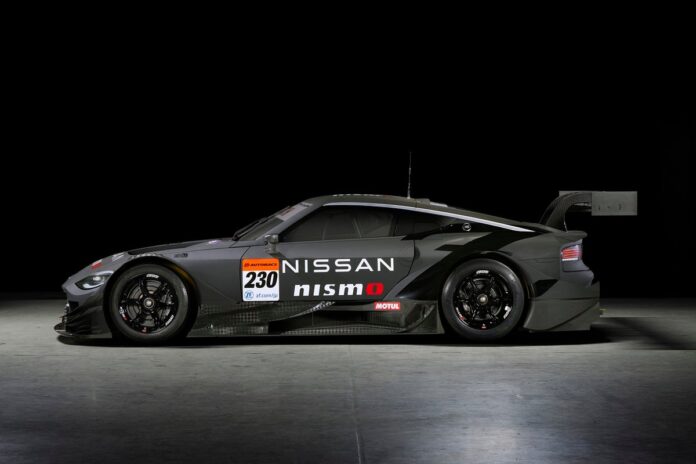 Under the Nissan NEXT transformation plan announced in May last year, Nissan has been transforming its business to provide superior brand value. The move to enter the highly competitive Super GT series with the all-new Nissan Z sports car is part of these efforts.

Nissan has always strived to deliver excitement to customers through innovation. In the early 1970s as a newcomer motor racing in the United States, Nissan clocked up straight wins at the SCCA C Production Series with the S30 240Z. In the 1990s, Nissan had multiple wins at the IMSA Series with the Z32 300ZX and its participation in the JGTC/Super GT series with the Z33 in the 2000s ultimately led to a series championship.

Set to replace the iconic NISMO Nissan GT-R—which enjoyed the longest run in the Japanese series of any Nissan car—the manufacturer’s new GT500 racer will battle against the Toyota Supra and Honda NSX Type S in the ultra-competitive GT series.

According to Nissan, this new race car is part of its “NEXT” transformation plan announced last year, in which the automaker highlighted a specific plan to overhaul its product lineup, image, marking strategies, and even Motorsports programs.

Japan’s Super GT series features two primary racing classes, GT300 and GT500, with the latter featuring the faster, more powerful cars. However, the field of cars is restricted when it comes to weight, down-force, and total horsepower output, with GT500 cars putting out around 650 hp from heavily managed engines with spec turbochargers.

Nissan COO Ashwani Gupta said: “The Nissan Z GT500 symbolises Nissan’s spirit of taking on challenges and bringing excitement to life. Through our racing efforts we continue to innovate our cars and we race to win with the same daring we have displayed so many times over the years.”

President and CEO of NISMO Takao Katagiri said: “We are entering the 2022 Super GT series with our all-new Nissan Z GT500 car and our huge passion for motorsports. We hope that our fans will continue to passionately support the Nissan and NISMO motorsport teams.”