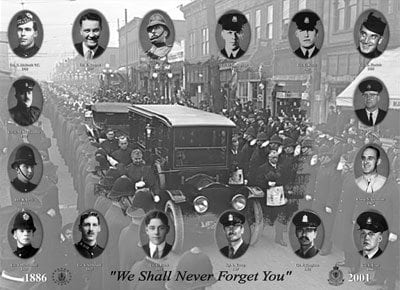 We remember Cst Paul Sanghera who was killed in the line of duty on January 8, 1982. Cst Sanghera, you and your sacrifice will not be forgotten. #VPD #LODD #EOW #Hero pic.twitter.com/cK6BAzJOiq

ON January 8, 1982, Constable Paul Sanghera and his partner were working together on patrol in the area of East Vancouver known as District Three. It had snowed that night and a blanket of snow covered the roads, making them slippery and treacherous to drive.

The driver was found not at fault, there were no charges and the accident was blamed on the weather conditions.

Sanghera grew up in Richmond and went to Richmond High School. He was remembered as a tenacious and keen athlete who enjoyed soccer and played on the Vancouver Police soccer team.

His death is commemorated every year at the Paul Sanghera Soccer Tournament in April.

Karmjit Sran, 43, killed in targeted hit in Abbotsford, was known to police

World stage: Many Canadians say we’re in the same place after five years

Karmjit Sran, 43, killed in targeted hit in Abbotsford, was known to police

THE Integrated Homicide Investigation Team (IHIT) is calling on the public to help further its investigation into the shooting death of 43-year-old...
Read more

World stage: Many Canadians say we’re in the same place after five years

Karmjit Sran, 43, killed in targeted hit in Abbotsford, was known...

World stage: Many Canadians say we’re in the same place after...