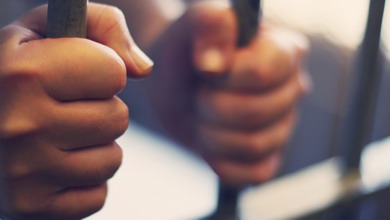 CRIMINAL assessment agencies that adopt risk assessment tools incarcerate fewer people—and are better able to determine who should be locked up.

A sweeping study by Simon Fraser University researchers aggregated data—involving more than a million offenders at 30 different Canadian and U.S. research sites—and found that while fewer people were being locked up, crime rates showed some declines.

“This demonstrates that we can minimize incarceration without jeopardizing public safety,” says SFU psychology professor Jodi Viljoen. The American Psychological Association has published a paper outlining her findings. “Rather than incarcerating everyone, the key is to make sure that we are incarcerating those people who truly pose a risk to public safety.”

The problem for judges, psychologists, and other experts who make these decisions has been the difficulty in predicting who will be violent. Early research found experts’ predictions to be accurate less than half the time.

Over the past 30 years, researchers have been developing risk assessment tools, which serve as decision-making instruments, that are based on hundreds of studies. These provide a structured process for predicting the likelihood that a person will engage in future violence.

To ensure that professionals consider the right information, such tools provide a list of risk factors for violence and guidelines for rating these factors. “While these violence risk assessment tools are not perfect, research demonstrates that they lead to more accurate predictions than relying on our hunches or intuitions,” says Viljoen.

Criminal justice systems now routinely use tools to make decisions about how to sentence offenders and when to release people from prisons. Tools are used in nearly every Canadian province and U.S. state, and at least 40 other countries. Not only do these tools help professionals to make more accurate predictions about violence, they also help make sure that only people who need to be in jail are imprisoned.

“To protect the safety of the public, incarceration is sometimes necessary. However, many people who we jail are not dangerous. Many are poor and have mental illnesses and addictions. Some are teenagers who have made poor decisions. And some have not even been found guilty – they’re still waiting for their trial,” says Viljoen.

Cramming these people into prison doesn’t make us safer, she adds. “From years of working in prisons, I have seen how prisons can be schools for crime. For instance, if you were to take a teenager who’s never gotten in trouble before and put them in a confined space with a lot of people who are already heavily involved in crime, that teenager won’t necessarily turn into a good law-abiding citizen. Instead, they might learn new ways of committing crimes.”

Prisons also cost a lot of money to operate. In Canada, taxpayers pay an average of $114,000 / year per prisoner. In the U.S., which has one of the highest incarceration rates in the world, the total state expenditure on prisons is at least $81 billion.

“It’s cheaper to provide effective treatment than it is put someone behind bars,” says Viljoen, “and now we are seeing that it’s a lot more likely to reduce crime.”