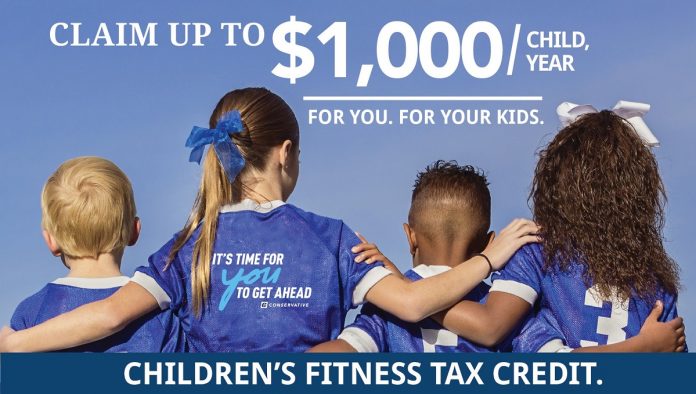 “This election will come down to one question: Who do you trust to put more money in your pocket for you, for your family?” said Scheer. “I have a plan for all Canadians to get ahead, starting with families who work so hard while raising their kids.”
With the Children’s Fitness Tax Credit, a new Conservative government will:

With the Children’s Arts and Learning Tax Credit, a new Conservative government will:

Scheer said that under Prime Minister Justin Trudeau, Canadian families are under pressure and worried about their future. Half of families are just $200 away from insolvency at the end of each month. Canadian families’ net worth declined for the first time in a decade. And because of Trudeau’s carbon tax, every day essentials cost more and more.

“Young, middle-class families are the future of this country. Instead of helping the middle class like he promised, Justin Trudeau has made life more expensive,” said Scheer. “I have a plan that will put more money in your pockets – for you, for your kids. It’s time for you to get ahead.”

As Prime Minister, Scheer said he will: