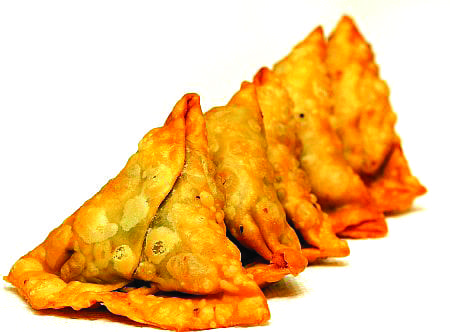 That’s how the South Asian Student Society on the Prince George campus of the University of Northern British Columbia feels.

The society is mighty upset that it was stopped from selling samosas for raising funds by the university’s official food service provider that then ended up selling samosas itself!

CBC reported that Hira Rashid, Vice President internal of the South Asian Student Society, called it “super inappropriate,” pointing out: “You can’t tell a group of people they cannot sell samosas, a food from their culture, for their club, and then turn around and profit from the same food.”

The whole dispute centres around serving samosas at room temperature. The official food service provider at the university, Chartwells, says that samosas, a cooked food, are considered to be a “high-risk food” and they are required to follow the guidelines set up by Northern Health.

First of all, Rashid disputed the high-risk food label, noting that South Asians have eaten samosas at room temperature all their lives.

Then, she pointed out that Chartwells never responded to their request for guidance on how they could sell samosas and instead started selling them itself a few weeks later under a heat lamp.

With the CBC probing the incident, Chartwells said it would try and find a solution with the South Asian Student Society.

As for the complaint about profiting off another culture, Chartwells said a South Asian employee was preparing the samosas sold on the campus.