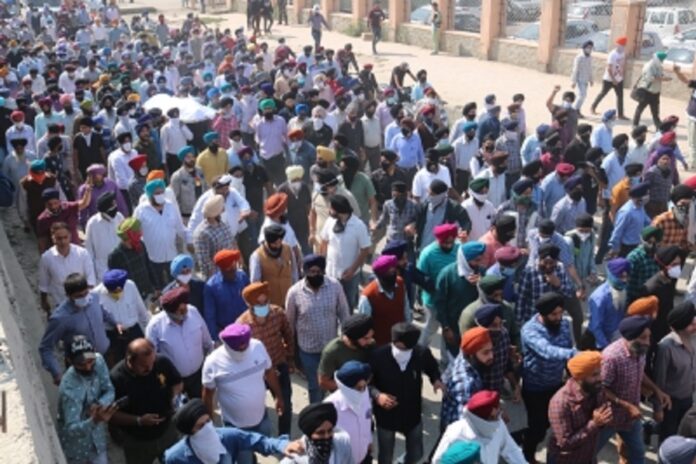 Srinagar (IANS): The members of the Sikh community in Kashmir put up a show of strength against the killing of Supinder Kaur, the school principal, and Deepak Chand teacher, by taking out the body of Kaur in a procession for cremation from her residence in Srinagar’ Alochi Bagh on Friday.

The Sikh community members demanded justice for Supinder Kaur and punishment for her killers. Kaur was among the two teachers killed by the terrorists at their school at Eidgah in Srinagar on Thursday.

The Sikhs demanded that the religious leaders and opinion makers in the valley step in and intervene to ensure the safety of the minority community.

“Why was she killed, just because she raised the flag, why are innocents being targeted, minorities are not safe here,” said one of those who took part in the cremation procession.

In Jammu, Deepak Chand’s family is mourning. He was another teacher killed by the terrorists in the school. The inconsolable friends and family members of Deepak say he paid for his life for standing up for his country.

“Government is to be blamed as well, which promised security for all,” said a relative of Chand.

In the past few days, many civilians have been targetted in Kashmir. And, because of the targetted attacks, the insecurity among the minorities in the valley has increased.