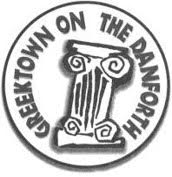 The GTA lays claim to more than 200,000 residents of Greek ancestry, the third largest Hellenic community outside of Greece. At the Festival, visitors have the opportunity to experience being ‘Greek for the Day’. But the Festival is much more than the celebration of the Danforth’s Greek heritage — it is also a celebration of Canada’s multiculturalism. Our Celebrity Stage includes performances by Latin American bands and Bollywood dancers. You can see the contestants from the Mr. & Miss Asia Toronto pageant compete. You can join our “Learn-a-Little” program and learn how to dance from seven different ethnic groups.

Restaurateurs from along the Danforth will be offering “Tasting Menus” for no more than $6 so that attendees can enjoy a multitude of tasty treats.

Yes, there is Food, Food, and more Food – but Taste of the Danforth is so much more! There will be loads of free entertainment on our Celebrity Stage, Greek Stage, and Showcase Stage (programmed this year by NXNE). Don’t miss the Toronto Star Kids’ Fun Zone featuring Ferdinand and the EverBlock/Lego experience, the Sports Zone, the Canada 150 experience, “It’s All Greek To Me” and Hollywood on the Danforth Zone presented by 20th Century Fox.

To top it off, the Festival is all about the spirit of giving back – Constantine Voidonicolas, Chair of the Greektown Danforth BIA, confirmed that once again all proceeds from the Festival will go to supporting a number of great charities.

1. Hollywood on the Danforth – Presented by 20th Century Fox

a.   Murder on the Orient Express

b.   Kingsman: The Golden Circle

Ferdinand is a story of a giant bull with a big heart. Kids can come experience life in Ferdinand’s hooves as they ride a kid-friendly motorized bull through a china shop. Kids who successfully complete the obstacle course will get a chance to win tickets to the movie, coming to theatres December 15, 2017.

Enjoy the Creative Club’s EverBlock Clubhouse and Lego experience. Take your photo next to Ferdinand’s Lego image, and the Canada 150 symbol.

Breaking plates after a meal is an ancient Greek tradition (banned in Greece since 1969). Let out some tension and experience the pleasure of smashing plates, in partnership with the BattleSports’ Rage Room.

Ares is the son of Zeus, and the Greek God of War. Join us in a dart of war Nerf battle, in partnership with BattleSports.

Our Canadian Heroes VR Experience will allow visitors to enter a futuristic VR Photo Booth and take an immersive 360° selfie and view themselves in virtual reality, standing shoulder-to-shoulder with some of Canada’s most iconic heroes.

c. Heroes of the Future

Come meet our superstar millennials who are changing the world today with the technology of tomorrow.

Founded by students at Waterloo’s Master of Business, Entrepreneurship and Technology, Curiato is developing a smart sensor system which allows caregivers to remotely monitor and manage patients at risk of developing pressure-related injuries, such as bedsores. They’ve developed a functioning prototype which will be on display!

Take a trip around the world right on the Danforth. Our friendly instructors will teach you a traditional dance from their home country. Take a quick 10-minute dance lesson from our Bollywood, Caribbean, Israeli, Salsa,  Egyptian, Filipino and Greek experts.

Join us at the Bud Light Radler Beer Garden for a refreshing drink. There are also free samples as part of our exhibition spaces.

Are you up to the challenges from the Leafs, Raptors, Raptors’ 905, Argos, and Toronto FC? Don’t be surprised if you bump into one of your heroes at the Festival.

Featuring a wide range of music and performances from around the world. See attached schedule.

This year our Showcase Stage is programmed by NXNE. See attached schedule.

10.  Lots of Prizes, Challenges and Samples from our Sponsors

Wanna win a trip to Portugal? All you need to do is get the secret passcode from our Celebrity Stage emcee or you can find it in our Festival brochure.

Section 2: About the Festival

1.  History of the Festival and the Organization that Runs it

People are always surprised when we tell them that the Festival is run by a Board of Directors consisting of volunteers from the local community. There is only one full-time staff member. They’re also fascinated by the fact that the concept began 24 years ago when a number of competitors decided to get together to participate in what is now known as coop or coalition advertising.

The Festival began as a celebration of Hellenic cuisine and culture. It has grown to become a celebration of both its Greek heritage and the multicultural nature of the City of Toronto. While a number of the events and programs are reflective of the area’s Greek roots, the Festival programming and its audience have grown to encompass a much broader spectrum of the Toronto community.

The Festival began in 1994 when a group of restaurateurs on the Danforth tried to find new ways to entice people to come to the Danforth and enjoy their amazing Greek cuisine. They decided that rather than advertising individually, they would be better off pooling their resources and advertising together. The idea was to set up “tasting tables” – so that individuals could try food fare from a number of restaurants, and thus the Taste of the Danforth began. In order to encourage people to try various dishes, the prices were kept very low and even today, no tasting item costs more than $6.

In the first year, approximately 5,000 people attended the Festival. Twenty-three restaurateurs participated, selling an eclectic mix of “tastes” from tasting tables. The following year, attendance grew to 100,000. By 1996, the Festival was so large that Danforth Avenue had to be officially closed to vehicular traffic in order to accommodate over 500,000 visitors. Today, the Festival has grown to approximately 1.6 million visitors during the course of three nights and two days. They come to enjoy food, entertainment and culture. The Taste of the Danforth is one of Toronto’s signature events, showcasing the best of what our multicultural city has to offer – music and the arts, sports and — of course — food.

2. GreekTown Gives Back to the Community – Profits Donated to Charity

The Festival combines exquisite food, culture and music with extraordinary philanthropy to benefit the local community. Profits from the Festival are donated every year back to the community by the GreekTown on the Danforth BIA.

Over the years, GreekTown has donated more than $2 million to Toronto East General Hospital (now renamed Michael Garron Hospital). In 2015, GreekTown made a commitment to a joint hospital project between SickKids and a children’s hospital in Greece – Agia Sofia.

The Festival and GreekTown have also supported additional charities and causes such as Prostate Cancer, and Athletics Ontario, among others. GreekTown has donated to a number of other local charities, including Toronto Crime Stoppers, 55 Division’s Youth Scholarship Fund, Riverdale Share Community Association, The East York Seniors’ Foundation, local soccer clubs and to Dr. Phyllis Billia’s cancer research at Toronto General and Toronto Western Hospitals.

GreekTown naturally supports a number of Greek initiatives, including donating to the Greek Community of Toronto to help families and schools, SOS Villages which gives orphans and mothers a home, the Smile of a Child, University of Toronto’s Greek studies program, the Hellenic Canadian Federation of Ontario, Nefeli (theatre and dance), Greek Community of Mississauga, and the Hellenic Home for the Aged.

As part of GreekTown’s annual “March of the Santas”, monies are raised for Princess Margaret Hospital through the sale of Toronto Firefighters’ Calendars, and toys and donations are gathered for the CP24/CHUM Christmas Wish.

The Festival and GreekTown on the Danforth BIA contribute significant impact to the Province and City. In 2016, the Festival’s single weekend economic impact was- $94.1 million. These numbers are based on governmental economic models tied to tourism. They don’t take into account the great economic impact that the Festival has on the GreekTown on the Danforth BIA’s members, which consist primarily of small retailers and restaurateurs.

The Festival is a tourist magnet: 39% of attendees travelled 40 kilometres or more to attend the Taste of the Danforth last summer. The primary reason for visiting the Toronto region for 98% of visitors was the Festival. For a significant

38.5%, their sole reason for coming to Toronto was the Festival.

Equally important to the province’s economy is the fact that 95% of out-of-towners plan to return this year.

People continue to love the Festival – 98% rated it as Good, Very Good or Excellent.