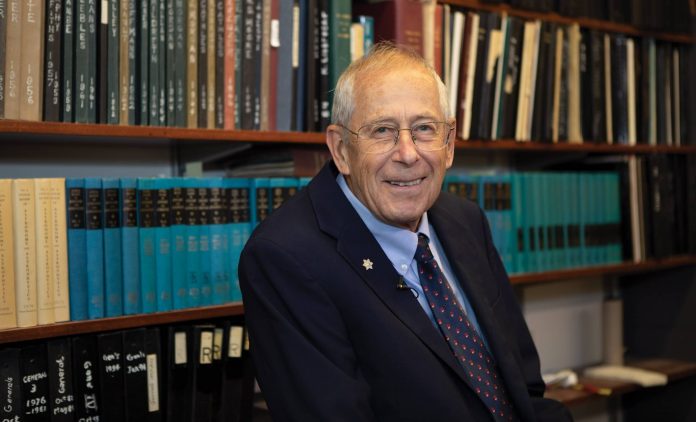 PRIME Minister Justin Trudeau on Tuesday congratulated Canadian physicist James Peebles for being named a recipient of the 2019 Nobel Prize in Physics for theoretical discoveries in physical cosmology.

Trudeau said: “Born in Winnipeg, Manitoba, Dr. Peebles completed his undergraduate studies at the University of Manitoba and earned his PhD at Princeton University, where he currently serves as the Albert Einstein Professor of Science. His tremendous accomplishments over a career spanning several decades and his love of science have shaped our fundamental understanding of the history of the universe.

“James Peebles shares half of the Nobel Prize for Physics with Dr. Michel Mayor and Dr. Didier Queloz from the University of Geneva, who together were recognized for contributions to our understanding of the evolution of the universe and Earth’s place in the cosmos. Dr. Queloz also holds a joint position at the University of Cambridge.

“On behalf of all Canadians, I congratulate Dr. Peebles for his remarkable achievement, and thank him for inspiring us all to strive to better understand our universe, to the benefit of all humans.”

According to Princeton University’s website, Peebles said during the Nobel news conference by phone: “When I started working in this subject — I can tell you the date, 1964 — at the invitation of my mentor, Professor Robert Henry Dicke, I was very uneasy about going into this subject because the experimental observational basis was so modest. … I just kept going. Which particular step did I take? I would be very hard-pressed to say. It’s a life’s work.”

Peebles has published several books on cosmology that are considered classics in the field, and his upcoming book, “Cosmology’s Century, An Inside History of Our Modern Understanding of the Universe,” will come out in June 2020 from Princeton University Press.