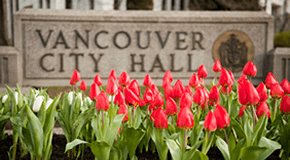 ON July 26, Vancouver City Council is expected to appoint the Chief Election Officer who is responsible for overseeing all aspects of the by-election, in accordance with provincial legislation.
Once appointed, the Chief Election Officer will propose to hold a by-election on October 14 for a vacant position on City Council following the resignation of three-term Councillor Geoff Meggs who was appointed to serve as Chief of Staff to the incoming Premier. John Horgan.

The nomination period for candidates will take place from August 29 to September 8. During this time, candidates must submit their profiles, photos and documents declaring candidacy in the by-election.
Advance voting will take place on October 4 and 10 between 8 a.m. and 8 p.m. at Vancouver City Hall.
General voting day is October 14 with voting stations open from 8 a.m. to 8 p.m. at approximately 50 locations throughout Vancouver including schools, community centres, City Hall and one church. All locations will be announced in the coming weeks and listed at http://vancouver.ca/byelection.
Mail ballot voting begins September 26. Voters unable to go to a voting station due to an illness or disability, or because they are away during both advance voting and election day, will be able to vote by mail. Details on how to vote by mail will be available online at http://vancouver.ca/byelection.

To vote in the City of Vancouver by-election, you must:
* Be 18 years of age or older on general voting day (October 14)
* Be a Canadian citizen
* Have lived in BC for at least six months immediately before voting day
* Have lived in Vancouver for at least 30 days immediately before voting day (or have owned real property registered in your name in Vancouver for at least 30 days immediately before voting day)
* Not be disqualified by law from voting
You must meet all the above qualifications to be eligible to vote. Permanent residents who have not yet become Canadian citizens are not permitted to vote.
Complete information regarding registering to vote, where to vote, and advance voting for this by-election will be available shortly on http://vancouver.ca/byelection. Public notices will be issued throughout August and September with information for candidates and voters.