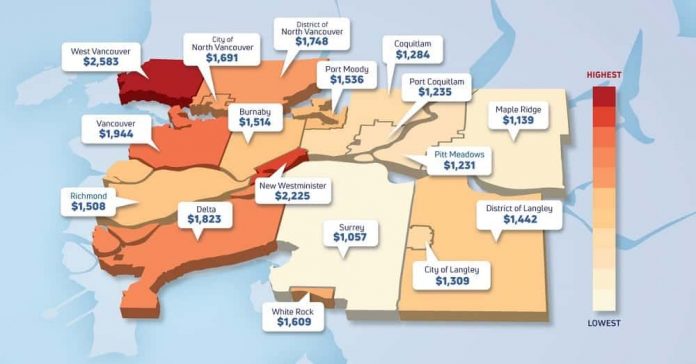 Vancouver collects 61 per cent more revenue per person than Surrey

THE City of Vancouver spends significantly more per resident—and collects much higher revenues per resident, too—than Surrey, the next largest municipality by population in the region, finds a new study released by the right-wing Fraser Institute.

“With municipal elections slated for October, our study helps residents in the greater Vancouver area better understand the state of their municipality’s finances and how they compare to other cities,” said Josef Filipowicz, senior policy analyst with the Fraser Institute and co-author of Comparing Municipal Government Finances in Metro Vancouver, 2018.

The study compares 17 of the Metro Vancouver Regional District’s 21 municipalities on several measures—including government spending, revenue and debt—from 2007 to 2016, the most recent year of available data.

Most of this revenue comes from property taxes on homes and businesses, user fees for services such as water and civic facilities, parking fees and levy fees on homebuilders and property developers.