Home Breaking News After drinking the previous night, you could still be impaired in the...
Facebook
Twitter
WhatsApp
Email 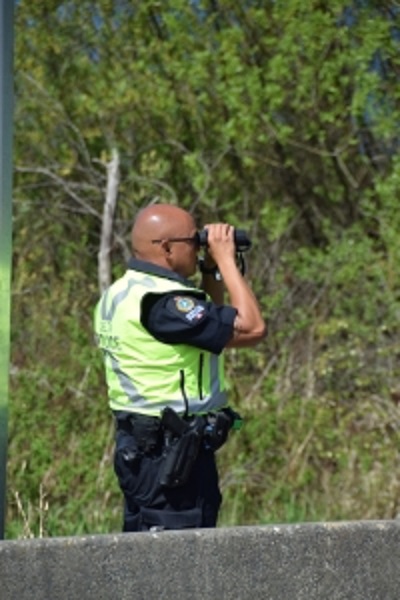 AN early morning traffic enforcement effort on Highway 17 netted an eyebrow-raising result, after a commercial vehicle driver was revealed to be still impaired from drinking the night before.

Delta Police Traffic Section was conducting traffic enforcement on August 3 and observed an SUV vehicle travelling at a high rate of speed. While confirming the speed through a laser, the officer also observed a dump truck travelling directly behind the SUV, going at an even higher rate of speed – 130 km/hr.

The officer, wearing a high-visibility vest, attempted to pull over both vehicles for speeding. The SUV began to slow, but the dump truck did not slow until it was just behind the SUV. As a result, the dump truck struck the bumper of the SUV as that vehicle slowed down to pull over for the officer.

The police officer first checked on the driver of the SUV, who confirmed he was okay physically. There was no damage to the dump truck, and only minor damage to the bumper of the SUV. The SUV driver received a speeding ticket.

“When our officer interacted with the driver of the dump truck, he observed signs of impairment,” said Cris Leykauf, spokesperson for Delta Police. “In conversation with the officer, the driver revealed he had been drinking the previous night. He was asked to blow into the approved screening device, which registered a fail.”

“We’re highlighting this incident because we wanted people to be aware that it is entirely possible to be impaired, and unable to drive safely the morning after a night of drinking,” says Leykauf. “And in this case, the driver was also responsible for a larger commercial vehicle. Our officer was happy to have taken such a dangerous combination off the road that morning.”