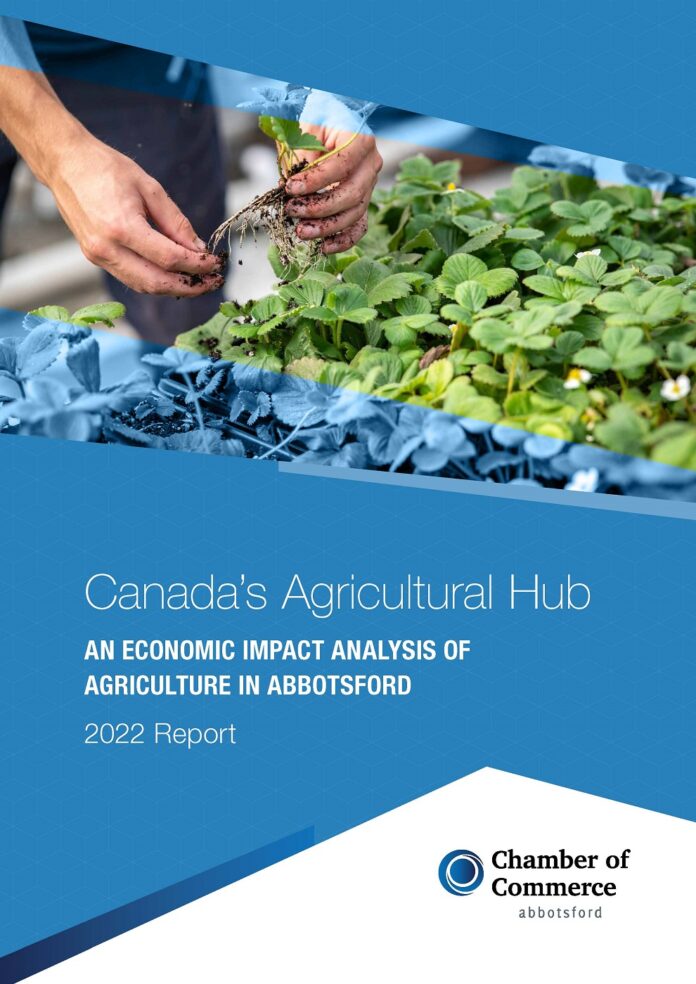 THE Abbotsford Chamber of Commerce’s 2022 report, “Canada’s Agricultural Hub – An Economic Impact Analysis of Agriculture in Abbotsford,” found that Abbotsford is one of the most intensely farmed areas in North America and has the highest farm sales per hectare of any other city in Canada, directly contributing to the economy, creating jobs, and food security in the province and country.

Today, Abbotsford agriculture is responsible for $3.83. billion in economic activity, up from $1.8 billion in 2008. As one of the primary employment drivers for the region, agriculture accounts for over 16,000 full-time jobs, equating to 23% of all jobs in the city. Agriculture has been the driving force behind growth and a stable, expanded local economy.

“This report highlights the significant economic impact the agricultural sector plays in Abbotsford’s local economy while also highlighting the sector’s broader value to our region, country and ongoing food security,” said Abbotsford Chamber CEO Katerina Anastasiadis. “The Abbotsford Chamber of Commerce supported Abbotsford farmers through the hardships of the past years – from the pandemic to the disastrous floods of 2021 – and will continue to be the voice emphasizing the critical importance of this sector.”

Abbotsford relies more on agriculture today to drive the economy than it did 15 years ago due to the pace of growth in the sector. The report found that the agriculture sector has grown twice as fast as the City’s population, increasing agriculture efficiency and productivity. As a leading hub of activity, 45% of agri-business and value-added activity in Abbotsford is supported by farms outside of the City, versus 40% in 2008.

“The Abbotsford Chamber of Commerce’s Agri Report does a great job highlighting the incredible role agriculture plays in our community and across the country. Through the COVID pandemic, the City of Abbotsford fared better than other municipalities, due in large part to our agricultural community,” said Abbotsford Mayor Henry Braun. “Abbotsford has the most productive agriculture land in Canada on a per hectare basis and we are the number one agriculture producer approaching $1 billion in sales annually. Agriculture is truly the heart of our community.”

As a follow up to the 2008 report, “The Economic Impact of Agriculture in Abbotsford (market-based goods and services),” the 2022 study looked at the economic impact of the agriculture sector to determine its role in Abbotsford’s local economy, while also highlighting its broader value to the region, province, country and to food security.

Key findings from the report include:

For further information on the Abbotsford Agricultural Report: