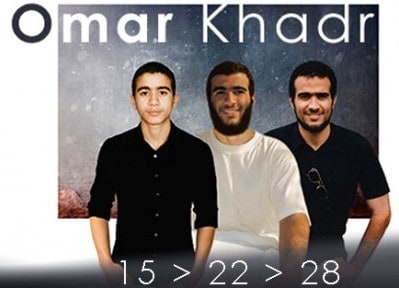 Alex Neve, Secretary General of Amnesty International Canada noted: “The litany of serious human rights violations Mr. Khadr has endured since the beginning of this ordeal – particularly during 10 years of detention at Guantánamo Bay – include torture and ill-treatment, discrimination, arbitrary imprisonment, unfair trial, denial of consular rights and refusal to recognize his status as a child soldier.”

Neve added: “Mr. Khadr’s experiences were callously compounded by the defiant refusal of the Harper government to intervene and seek to uphold the rights of a Canadian citizen. Today’s judgement stands to bring this unrelenting journey through injustice to an end, after nearly 17 years. It is time, at long last, to ensure that human rights will finally and fully prevail in Omar Khadr’s case.”

Khadr was serving an eight-year sentence resulting from his conviction in October 2010 by a military commission at Guantánamo Bay, when he was released on bail in May 2015 pending an appeal of that conviction. His sentence would have ended in October 2018, and he would have been eligible for parole in the fall of 2015.

His lawyers argued that even though there were technically three and a half years of his sentence left to be served since the clock stopped ticking in May 2015, Khadr’s bail conditions since then have mirrored those of conditional supervision. They argued that the court should therefore find that his sentence has, in fact, been served – and the court agreed, pointed out Amnesty International.

The decision, rendered by Chief Justice Mary T. Moreau, found not only that Khadr had served his sentence, but also that the time Khadr spent under bail conditions was, in fact, longer than the conditional supervision would have been. She recognized that the ongoing delays in the US appeal were beyond his control, and that it would be contrary to principles of the Youth Criminal Justice Act to place him under further conditional supervision he effectively had already served while released on bail.

Amnesty International urged the Canadian government to accept this ruling and refrain from any further appeal. It also urged Canada to abide by its international human rights obligations to ensure effective remedy for victims of torture by conducting a full investigation to identify and hold accountable any Canadian officials who were complicit in human rights violations Khadr has suffered over these past 17 years.  The Canadian government should also press the US government to carry out similar investigations with respect to the responsibility of US officials for the torture and other violations Khadr experienced while held in US custody in Afghanistan and Guantánamo Bay.