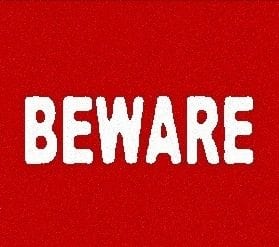 VANCOUVER Police are warning the public after a young woman was sexually assaulted Wednesday (November 15) at about 9 p.m. in East Vancouver.

As she walked south on Nanaimo Street after getting off the SkyTrain at the Nanaimo station, she was attacked near St. Lawrence Street. She was grabbed from behind and groped before the masked suspect ran off.

The suspect is described as an Asian man, 20 to 30 years-old, 5’8”, with a slim build and short dark hair. He wore a dark-coloured ball cap, dark-rimmed plastic framed glasses, a dark jacket with a light-coloured liner, dark pants, running shoes, and a white medical mask covering the lower half of his face.
After receiving this latest report a day after the attack, investigators from the Vancouver Police Department Sex Crimes Unit believe this attack may be related to a similar incident from October 29, where a woman was assaulted after exiting a transit bus near Victoria Drive and East 64th Avenue. The suspect in that incident was described as an Asian man, 5’9″, 160 lbs., with short black hair, wearing a dark-coloured jacket, shorts, and a medical mask covering his face.
“Although we have not confirmed the link between the two incidents, we want the public to be aware that similarities exist and one man could be responsible for both attacks,” says Constable Jason Doucette. “Out of an abundance of caution, we are sharing this information, and asking people to remain vigilant, particularly after leaving transit in East Vancouver. All suspicious behavior should be reported to 9-1-1 immediately.”
Sex Crime Investigators would like to speak with anyone who has information about either of these assaults. Call 604-717-0604 or Crime Stoppers at 1-800-222-8477.