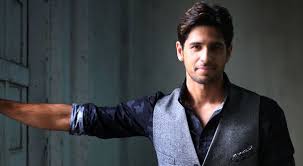 Mumbai (PTI): In his six-year long career, Sidharth Malhotra has featured in a romantic comedy, a thriller, a sports drama and a murder mystery and the actor says his choice of films clearly shows his greed for good content. 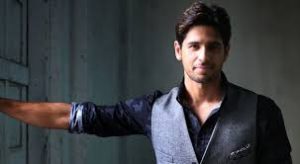 The actor says he always wanted to explore new things in his career and is happy with the way his journey in films has turned out be.

In an interview with PTI, Sidharth says, “This is the period where I am hungry for content more than the money aspect of what I would get from a film.

“If your filmography is interesting and has enough variations and you are not trying to sell something typical, whether it does well or not is secondary, what matters is exploring new things.”

“I have never done films for money, brands of course (is for money). I have never buckled with a producer or director for a film. I did films because I wanted to be part of a film.

“I have never made an issue of what I get paid as an actor. For me it depends on the budget of the film, you want to be more sensitive as well to the producer, it is a business after all,” he says.

Sidharth’s latest release “Ittefaq” may have got mixed reviews, but the actor says he was aware that the film was not the one to make it to the ‘100 crore club’.

“Ittefaq” which is a remake of 1969 movie of the same name, is the story of an acclaimed writer (essayed by Sidharth) and a young homemaker (played by Sonakshi Sinha), who become the prime suspects in a double murder case.

And police officer Dev (played by Akshaye Khanna) must figure out who’s telling the truth when both offer conflicting stories about the events of that fateful night.

“It is not a film where you look at the numbers (box office collection), I know it is unavoidable. The film was made on a tight budget, we have other revenues of recovery like satellite rights or digital rights. So the box office profit will be done by the weekend.

“It is not a film to boast money wise, as the numbers are not going to be (high). The film is all about these three characters and their performances,” says Sidharth.

The actor says, he was first offered the film sometime in 2014 and feels glad that the movie came back to him.

“I was offered this film after ‘Hasee Toh Phasee’. If you look at zone wise it was similar (referring to thriller, murder mystery space). I was committed to ‘Ek Villain’ and I felt it made no sense to do two back-to-back films in the same space. I was like will do it afterwards.

“Luckily, nothing happened in between and then they (director Abhay Chopra and producer Juno Chopra) came to me. I think the film was meant for me as they did not cast anyone for two and half to three years.”

One of the main reason for Sidharth to do “Ittefaq” was his love for his character ‘Vikram Sethi’.

“It is not typical, he is an unpredictable person who gives you a high in the climax. This character has so much to hide and show at the same time. I found it interesting to play this part,” he says.