Home Bollywood If I will sing all the songs, people will be exhausted: Arijit
Facebook
Twitter
WhatsApp
Email 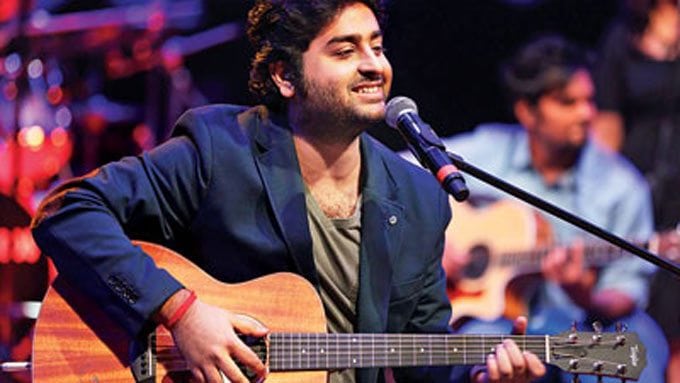 Mumbai (PTI): He is the go-to singer in Bollywood today with almost every hit song featuring his voice, but Arijit Singh is now trying to cut down on his work in an attempt to avoid hitting a saturation point.

The singer, who this year alone crooned chartbusters like “Zaalima”, “Phir Bhi Tumko Chaahuga” and “Hawayein”, finds it uncomfortable to listen to his songs playing all the time.

In an interview with PTI, Arijit says, “I have stopped listening to radio these days because whenever I switched it on, there were my songs being played. You can’t listen to your songs all the time! There’s so much of music happening in the world, people are saturated anyway.

“Every week there are more than 10 songs releasing. Be it my voice or someone else’s, if it’s going to run for more than year if you sing all the songs in the market then obviously people are going to get exhausted, including me.”

To avoid falling into the trap of saturation, the 30- year-old singer has been consciously trying to do less work.

“I’ve been really trying to cut it (work) down from last year. I don’t know how successful I am going to be in doing that but of course people will be exhausted if you continue to sing 100 songs a year.”

But at the same time, the problem Arijit faces, is saying no to people who he has been close to.

“It’s very difficult to say ‘no’, I’ve been struggling.

Because I am a singer, I can’t tell people ‘don’t use me in this song’. If a music director has something particular in mind for me, I can’t say no.

“… Unfortunately, I know so many people, it’s also about relationship. I can’t calculate these things and think about work all the time. But they also understand that I am trying to cut down so they don’t bother me,” Arijit says.

Arijit, whose breakthrough song was “Tum Hi Ho” from “Aashiqui 2” in 2013, has since given several hit tracks like “Kabira”, “Nashe Si Chadh Gayi” and “Channa Mereya”, among others.

The singer will perform in the ‘Mpower presents GenM concert’ on November 12 here with the aim to create awareness and alleviate stigmas around mental health illnesses.

Arijit says though he never felt “low” because of the work pressure, he has seen people close to him suffer from depression without realising the magnitude of it.

“It was in 2008 when I was depressed for a day. I was fortunate enough to have sports in my life. It really helps you overcome any situation. My sport and music helped me immensely to overcome everything but I was never too low to not work.

“A lot of people don’t know much about mental health, we always understand the biological health issues and completely ignore the former. That’s one of the reasons I decided to do this concert,” he says.