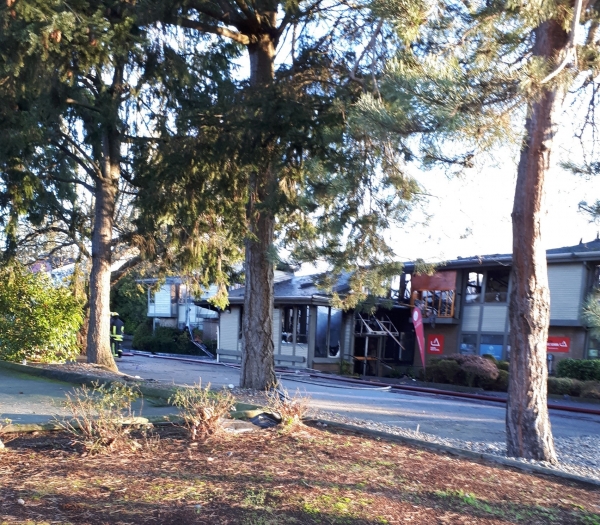 THE Delta Police Department has now taken conduct of the investigation into the commercial building fire located at 5405 12th Avenue in Tsawwassen. The building caught fire shortly before 4 a.m. on January 1.

“Investigators are requesting photos or video from the public of the fire,” said Cris Leykauf, spokesperson for the Delta Police Department, on Friday. “They are also looking for photos, videos or dash camera video or reports of suspicious activity in the area, in the hours leading up to the fire.”

Based on evidence collected to date, police are treating the origin of the fire as suspicious, unless determined otherwise.

There were no reported injuries due to this fire, however, the building, which housed professional services, was completely destroyed.

“Investigators understand the community may be concerned after the two suspicious empty home fires in October 2019,” noted Leykauf. “Whether or not there are any links between those fires and the January 1 fire remains to be determined, but police want the public to know that investigators will be considering all options.”

Contact the Delta Police Department through the non-emergency number (604) 946-4411 and quote tip file 2020-150 if you have any information or photos or videos regarding the January 1 fire.