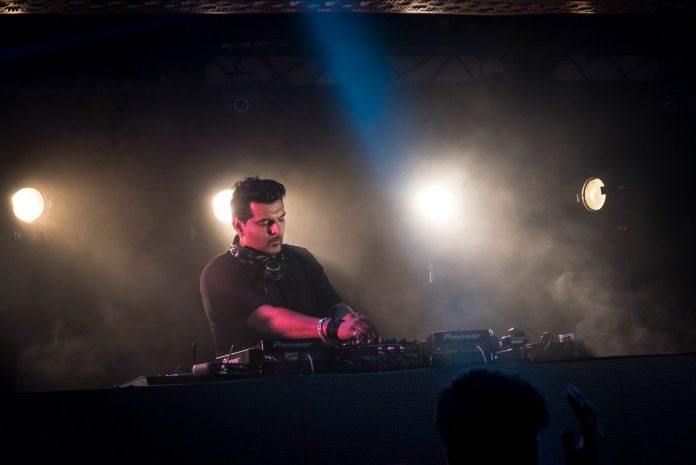 “Being a Canadian-born Indian, I am so honoured to be a part of the world’s largest all-original digital broadcaster, and stand among these other great artists and hosts,” DJ Emenes said in a news release. “It’s an exciting opportunity for me to bring my unique fusion sound to global dance audiences.”

As a veteran DJ, music producer and radio host, DJ Emenes is prisoner to no one genre of music. In 2016, he was tapped to highlight his unique blend of sounds as the only Indian DJ from North America to perform at the 10 year anniversary of the illustrious Sunburn Music Festival (India). In 2018 he was commissioned by Zee Music Company (India) to produce the official remix of the hit track “Manali Trance” featuring Yo Yo Honey Singh and Neha Kakkar, from the Bollywood movie “The Shaukeens.” Also in 2018, he debuted his original production in the Bollywood movie “Kaashi” with his song titled “Ranja.” Moving forward, he has been excited to bring his experience, talent, and passion for music to the decks and showcase his fusion electronic sound to Dash audiences. Designed for anyone with an affinity for South Asian culture, listeners can expect to be entertained with his two shows.

DJ EMENES co-produces and co-hosts his second show “Beats of MIB” with business partner,  DJ Super Singh. Collectively known as the MIB Roadshow, this duo bring their fusion sound, mixing Bhangra, Bollywood and English hits every Saturday at 8PM PST (which repeats weekly every Sunday at 11AM PST). On this show they feature a special dj set called “Made In Canada,” celebrating and featuring Canadian South Asian recording artists.

The MIB Roadshow is the DJ brand of choice for many Bollywood stars in their travels to Western Canada. The duo were asked to DJ the exclusive after party for the first official Times of India Film Awards (TOIFA) held in Vancouver, Canada, and many more. The release of their first mix-tape in the mid-90s entitled Mundey In Black has made the MIB name a staple in the South Asian music scene. MIB’s work has also garnered them recognition by the Museum of Vancouver, who credited them for kicking off the remix wave in Western Canada that then rippled around the world.

“Dash has always been successful focusing on often overlooked genres,” says Dash Radio Founder and CEO, world-renowned DJ Skee. “The potential for Rukus Avenue and the music of India is massive with an underserved market ripe for premium live audio content – we are excited to welcome them into the Dash family.”

“There’s so much anticipation around this station and especially this business venture,” says Rukus Avenue Founder and CEO Sammy Chand. “We’re honored to be partnering with Dash Radio through the establishment of this platform, and are thrilled about presenting our South Asian culture to a worldwide market – the prospect of the social impact our community of over 70 celebrity hosts can have is very exciting to us.”