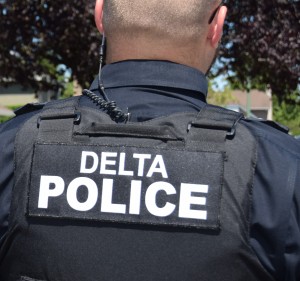 A 57-year-old former Delta resident was sentenced on January 23 to six months in jail after being convicted of possessing child pornography.

Frederick James Bugden of White Rock pleaded guilty and in addition to the jail sentence, received a two-year probation order and a 10-year requirement to report annually as a registered sex offender.

“Our officers began their investigation into Fredrick Bugden in May 2017, after discovering that his IP address was being used to access and download child pornography,” said Inspector Guy Leeson of the Delta Police Investigations Bureau on Wednesday. A search warrant was later executed at Bugden’s North Delta residence.

“Police examined the devices he was using to access the internet, resulting in officers discovering over 4,000 child pornography images and videos in his possession,” said Leeson.

“Investigations such as these are disturbing to both our officers and the community. We’re satisfied that the accused chose to plead guilty, and that he will be monitored when he is released,” said Leeson. No local children were believed to have been shown in these images, he noted.

Bugden moved from North Delta in August 2019 and was residing in White Rock prior to being sentenced.

The following probation conditions have also been imposed upon Bugden after he serves his sentence and are in effect for the next two years:

* Not to go to any public park, public swimming area, community centre, school, daycare center or theater where persons under the age of 16 years are present or can reasonably be expected to be present.
* No contact or communication, directly or indirectly with, or be alone in the presence of any person you know to be or who reasonably appears to be under the age of 16 years old.
* No to have online communication with any person under the age of 16 years through a social networking website, instant messaging service or chatroom program.
Bugden is white, approximately 5’10” tall and 160 pounds. He has greying brown hair and blue eyes. He will be reporting to a probation officer upon his release. Due to Privacy Act restrictions police are not in a position to release his photo.