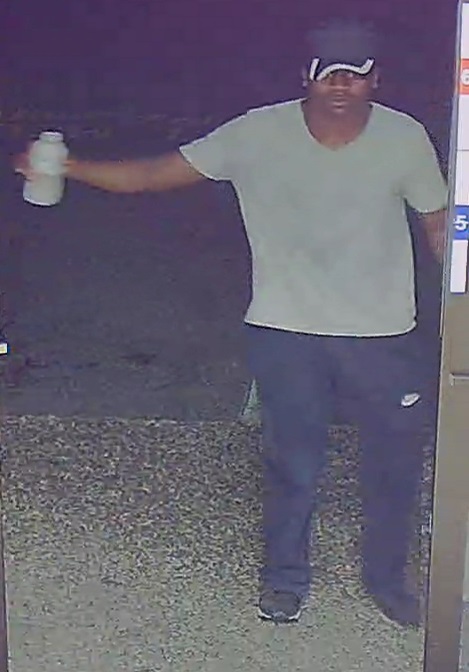 SURREY RCMP are seeking the public’s assistance in identifying two men who were involved in a robbery in the Whalley / City Centre area of Surrey.

On July 19, 2019, a personal robbery was reported in the 15400-block of 101A Avenue, during which a wallet was taken. The debit card from inside the wallet was used shortly after the robbery and the suspects were caught on CCTV at a business in the 9900-block of 152nd Street. Fortunately, the victim was not physically injured during the robbery.

Police are now releasing photos of the two suspects and seeking public assistance to identify these individuals. Both suspects are described as dark-skinned men, 5’8” tall, and 150 lbs. One suspect was wearing black clothing and the other was wearing a white t-shirt at the time of the incident (see photos).

Anyone with information on the identity of either of these suspects, or who has further information about this incident is asked to call Surrey RCMP at 604-599-0502 or, if you wish to make an anonymous report, contact Crime Stoppers at 1-800-222-TIPS or www.solvecrime.ca.