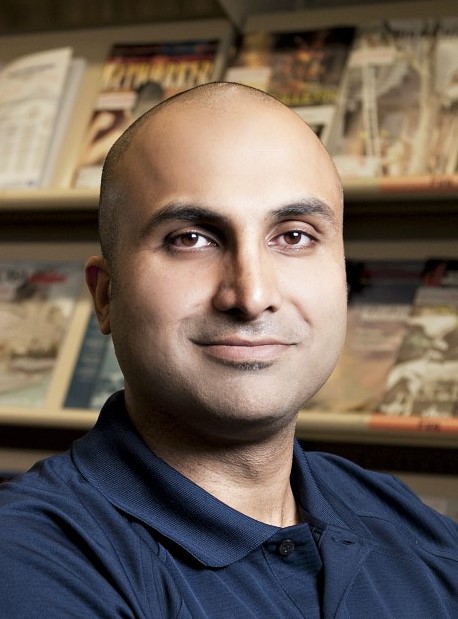 Be a master – not a disaster – in your relationship

(This article is co-written by Manvir Gill, Bachelor in Social Work student)

WHAT is the key to a lasting relationship? How can we find out the warning signs to an unhealthy relationship?
John Gottman, a psychologist who runs the Gottman Institute which specializes in marriage stability, appears to have discovered the answer to such questions. In 1986, Gottman ran a study where he brought newlyweds into the lab and watched them interact with one another. He then separated the couples into two groups, disasters and masters. Six years later, he did a follow-up and the masters remained in healthy and happy relationships, whereas the disasters had broken up or were in unhealthy relationships.
What are the differences? When disasters where interviewed, Gottman noted that they had increased physiological reactions, such as an increased heart rate and more active sweat glands. Essentially, they are in a flight-or-fight mode, either waiting to be verbally attacked or doing the verbal attacking. Masters, on the other hand, did not have such increased physiological reactions, they appeared to be calm and collected, and subsequently they displayed warm and affectionate behaviours toward one another.

Gottman conducted a follow-up study, where he invited 130 newlyweds – this is where he made a critical discovery. Gottman observed how one partner would say a particular statement, which he labelled as a ‘bid’ and the other partner would either turn towards or away from the bid. For example, a husband may say to his wife “Look, at that beautiful bird outside!” – Gottman would consider that a bid – and the wife can either respond by ‘turning toward’ her partner and showing interest in the bird, or turning away by ignoring the statement or minimally responding.

These bids might seem like inconsequential interactions between partners, but the couples who divorced after the six-year follow-up only turned towards their partner 33 percent of the time, compared to couples who are still married after six years, who turned towards their partner 87 percent of the time.
Gottman found that Masters are scanning the environment and looking for ways to appreciate and say ‘thank you’ to their partner. Disasters, however, are scanning the environment, or more specifically their partners, for perceived mistakes and then criticizing them for it.  According to Gottman’s research, such negativity is the number one factor that tears couples apart. By constantly focusing on the negative things our partners do we are missing all of the positive things they are doing. And as we are only focusing on the negative, our partners will start to engage in less and less positive activities within the relationship, feeling it is not appreciated, and so the negativity between the partners continues to grow and the positivity continues to decline.
On the other hand, the most important predictor of stability and satisfaction in a marriage is kindness. Masters know that a good relationship requires sustained hard work. This doesn’t mean that we should never get angry at our partners, but that our anger should be expressed kindly.

“Kindness and compassion, they are simple concepts,” advises Registered Clinical Counsellor Ratha Chek, “but in practice they take work. For example, when someone has a bad day at work it can impact them beyond the work day. They can’t be negative towards their boss, so they may go home and express that negativity towards their partner. It takes awareness and effort to stop such a cycle, but changing that approach can mean the difference between a healthy relationship and an unhealthy one.”

Chek also suggests couples work on developing compassion for each other. “Compassion is the feeling that arises when confronted with another’s suffering. Compassion entails empathy and the desire to support one’s partner when they are struggling emotionally.”
While it is important to be there for each other when things get rough, it is also important to be there for each other when things are going right. Responding with genuine enthusiasm for your partner’s joy is another characteristic of a lasting relationship.
For the newly married, the level of satisfaction does drop in the first few years in marriage, but the two ingredients to a lasting relationship is being kind and generous.