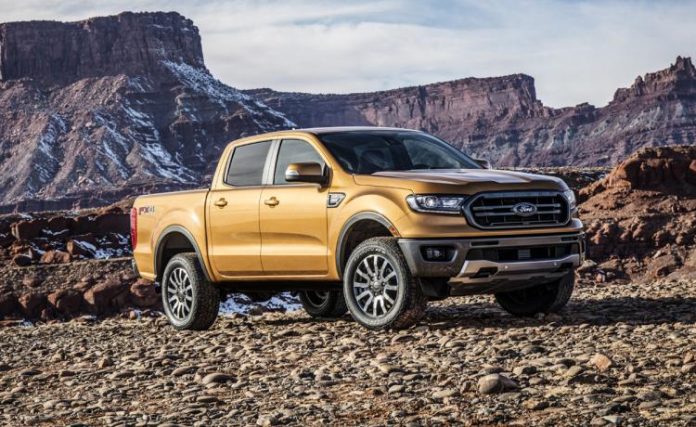 DEARBORN, Mich.– From grueling lab tests to robotic testing too harsh for humans to endure, from jagged trails in the Australian Outback to the Arizona desert, Ford is torturing its 2019 Ranger to make sure the all-new truck is up to Built Ford Tough durability standards and ready for adventure. Ranger testing is based on the same proven standards of the legendary Ford F-150.“We torture every component – from its high-strength steel frame to its EcoBoost® engine to its cloth and leather-trimmed seats – to ensure Ranger is ready for any season and nearly any terrain,” said Rick Bolt, Ford Ranger chief engineer.

Ford’s rigorous approach to ensuring Ranger quality and capability starts in the lab, progresses to the proving grounds then is confirmed through intense real-world challenges in locations near and far. At Ford’s Michigan Proving Grounds, a fully loaded Ranger hits the brutal Silver Creek track with impacts so severe robotic drivers are used so humans don’t get injured. In the lab, a four-post shaker table abuses Ranger for days to check against squeaks and rattles. In the real world, Ranger towing capability is tested in high temperatures on the unforgiving long steep grades of Davis Dam in Arizona, while the Australian Outback treats the truck to more heat and choking dust over harsh off-road terrain.

After a 7-year absence, Ford is bringing the Ranger pickup back to the U.S. market. The new 2019 Ford Ranger, which will go on sale in the U.S. in the first quarter of 2019, is a midsize pickup based on the global Ranger platform sold around the world. For North American consumption, Ford makes styling, feature, and powertrain modifications tailored to regional preferences.  The 2019 Ford Ranger will arrive with a single wheelbase accommodating SuperCab (extended cab with rear-hinged rear doors) and SuperCrew (crew cab with four full doors) cab styles…

Under the hood, the new Ranger, will offer a single powertrain featuring the EcoBoost 2.3-liter turbocharged 4-cylinder engine and a new 10-speed automatic transmission. Even though a diesel is offered in other parts of the world, in the U.S.

Offering purpose-built features like a Terrain Management System™, Trail Control and blind spot monitoring with trailer support, plus a host of available adventure-ready features, the all-new Built Ford Tough Ranger makes its exciting return to the United States and Canada in early 2019.