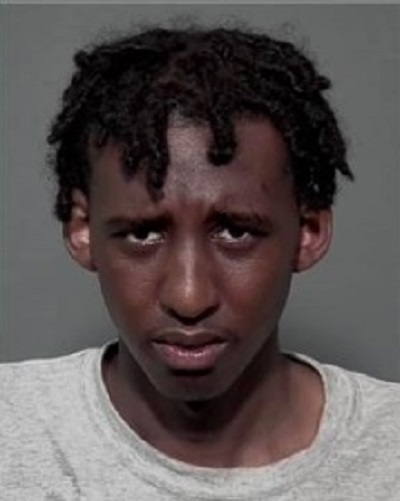 SURREY RCMP announced on Monday that Nathan Barthelette has been arrested on a Canada-wide warrant from an incident that occurred in early July.

Barthelette was arrested by Canada Border Services Agency on September 3 while attempting to re-enter Canada at the Pacific Highway Border Crossing. He was wanted on charges of kidnapping, unlawful confinement, aggravated assault, use of a firearm during the commission of an offence, robbery, and other firearm offences.

These charges stem from an ongoing Surrey RCMP Serious Crime Unit investigation involving a kidnapping and an assault. This was an isolated and targeted incident and additional suspects have already been charged and remain in custody for this incident.

Another suspect, Meaz Nour-Eldin, is still wanted Canada-wide and is now believed to be in the Montreal area (see photo).

He is described as a 22-year-old Somalian male, 6’1, 181 lbs, with brown eyes and black hair. He has tattoos on his left hand, left wrist, and upper torso.

Anyone with information on the whereabouts of Nour-Eldin is asked to contact the Surrey RCMP at 604-599-0502 or, if you wish to make an anonymous report, contact Crime Stoppers at 1-800-222-TIPS or www.solvecrime.ca.

PRIME Minister Justin Trudeau on Friday announced an agreement with AstraZeneca to procure up to 20 million doses of its COVID‑19 vaccine...
Read more