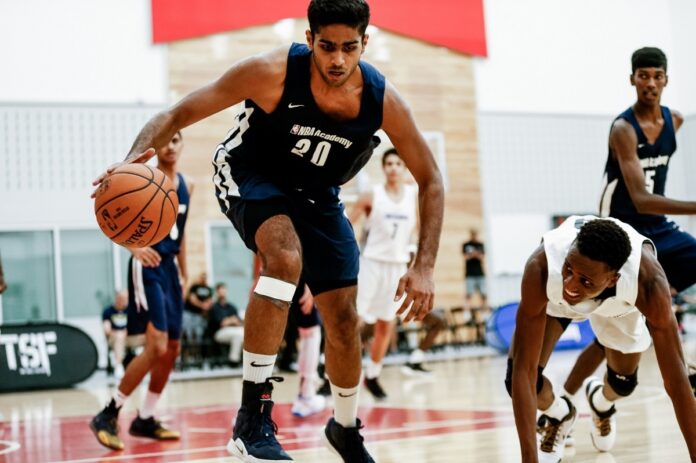 “We believe Harshwardhan Tomar’s mobility, versatility and elite skill set will be a great fit with KEBA Prep’s rigorous training program and renowned work ethic. I’m excited to see how competing alongside our fierce competitors at KEBA Prep on a national stage will help accelerate his growth and contribute to his long-term success,” said KEBA Prep head coach Liori Kennedy in the statement.

“I am truly grateful to KEBA Prep School for this opportunity and look forward to adding new layers to my game and advance my academic goals at the same time. I thank my mother who has stood by me through all, and my coaches and peers at the NBA Academy India for getting me ready for this chapter of my life,” said Tomar.

Tomar first participated in the Reliance Foundation Junior NBA program in 2015. In 2018, he joined NBA Academy India as part of the second class of student-athletes identified through the ACG-NBA Jump Program.

The centre from Bhind, Madhya Pradesh, has been part of multiple basketball development camps organised by the NBA, including the 2019 NBA Academy Games and Basketball Without Borders (BWB) Global during NBA All-Star 2019 in Charlotte. Tomar was also part of the NBA Academy India team that competed in the 2019-20 European Youth Basketball League (EYBL) in Hungary.

Princepal Singh became the first NBA Academy India graduate to sign a professional contract when he signed with the NBA G League.

NBA Academy India is an elite basketball training centre for the top prospects from throughout India and the first of its kind in the country.