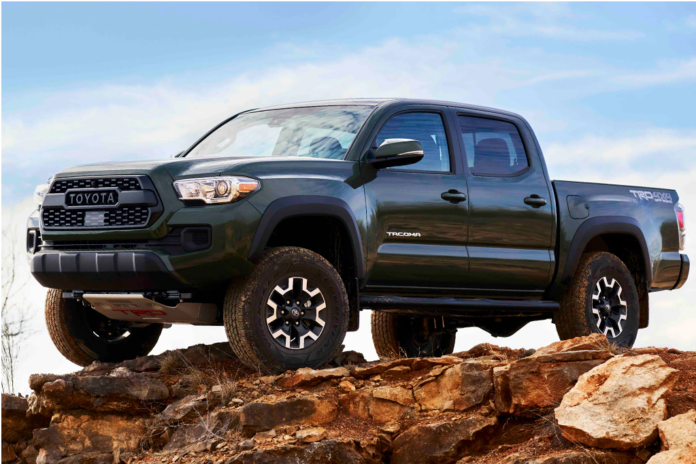 TORONTO, Ontario: When it comes to true off-road performance, taking the trail less travelled isn’t suited for amateurs. That’s where TRD Pro comes in. From the beginning, TRD Pro vehicles were designed to take off-road performance to the next level using parts designed and tested by the Toyota Racing Development team. The Tacoma TRD Pro is taking the next step in its evolution.

The increased suspension lift will provide adventurers with even more off-road capability for exploring the great outdoors, as it equates to real-world improvements for trail and obstacle clearance thanks to its 36.4-degree approach angle, 24.7-degree departure angle, and its 26.6-degree break-over angle – all of which improve upon the previous-generation TRD Pro.

Complementing the increased front lift is new TRD-engineered upper control arms. Featuring machine-forged aluminium construction for added strength, the new TRD upper control arms allow the FOX shocks to make use of the additional rebound stroke afforded by the lift by adjusting the angle of the ball-joint mount.