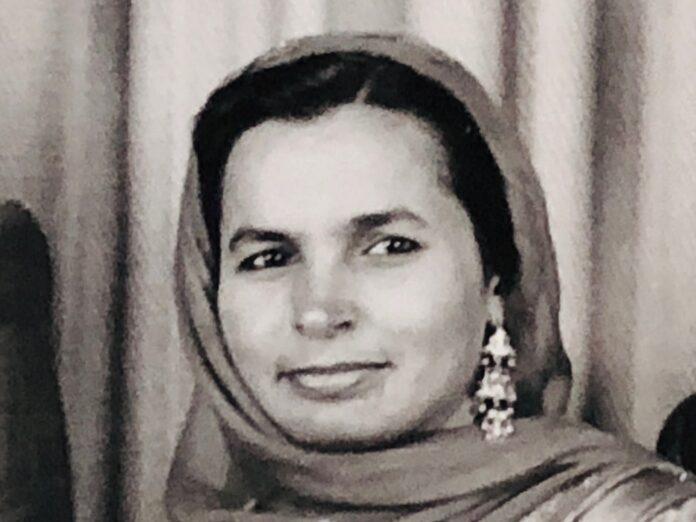 Nasib Kaur Sidhu passed away peacefully on July 11, 2020. “Sebo” was born in the village of Dhudike in the district of Moga, Punjab, India. She was the eldest and only daughter born to the late Sudagar Singh and Bhagwhan Kaur Gill. Nasib Kaur was predeceased by her loving husband, the late Jagir Singh Sidhu, and her son Karnail Sidhu, daughters-in-law Shavinder and Sukhwant Sidhu, brother Hakim Gill and sister-in-law Charno Gill.

Nasib Kaur immigrated to New Westminster, BC, with her husband and two sons in 1959. She leaves behind a legacy of determination and hard work, and her attributes are well known within the farming community of Richmond.

Sebo started working on the farms in Richmond and paved the way for many other Indian women to enter the workforce. She was a pioneer for the Indian community and made it possible for the next generations to prosper and flourish. In her early days of working on the farms she set her mind on one day owning the lands that she worked so tirelessly on. Over the years, she achieved her goals and successfully went on to build a farming empire for generations to come.

Her dedication and devotion to the Sikh faith allowed her passion of Seva, contributing to one’s community with honour and privilege.

The family sends a very special thank you to the nurses, doctors and hospital staff of Richmond General Hospital and especially for the care and attention she received at Royal City Manor who became her second family during COVID-19.