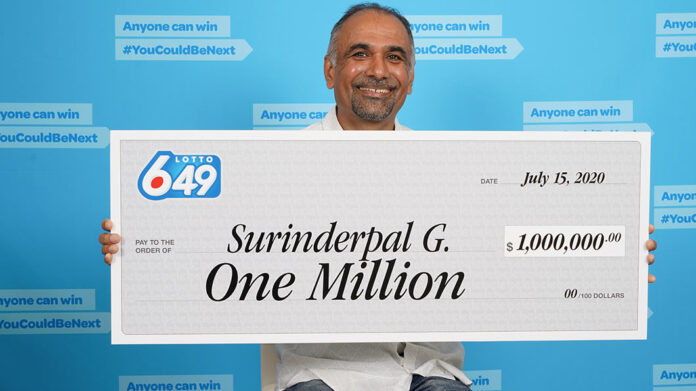 SURINDERPAL Gill has been playing the lottery since he came to Canada 26 years ago, and after winning Lotto 6/49’s $1 million Guaranteed Prize on Canada Day this year, he’ll always have fond memories about July 1.

Gill won the cool million on Canada’s birthday after purchasing his ticket at the Chevron Town Pantry on 58th Avenue in Surrey. He says when he initially checked his ticket, he wasn’t quite convinced he was a big winner.

“I checked at the self checker,” said Gill. “I told my son, and then I had to go to another gas station to make sure it was correct. After I told my wife, they both thought I was joking and didn’t believe me.”

Gill says the $1 million means he can take a step back from work.

“It’ll be nice to not have to work so hard,” laughed Gill. “I’ll still continue to … I want to start my own business.”

On top of starting a new business, Gill will put some of his money towards the new house that he’s building, so the timing of the win is perfect!