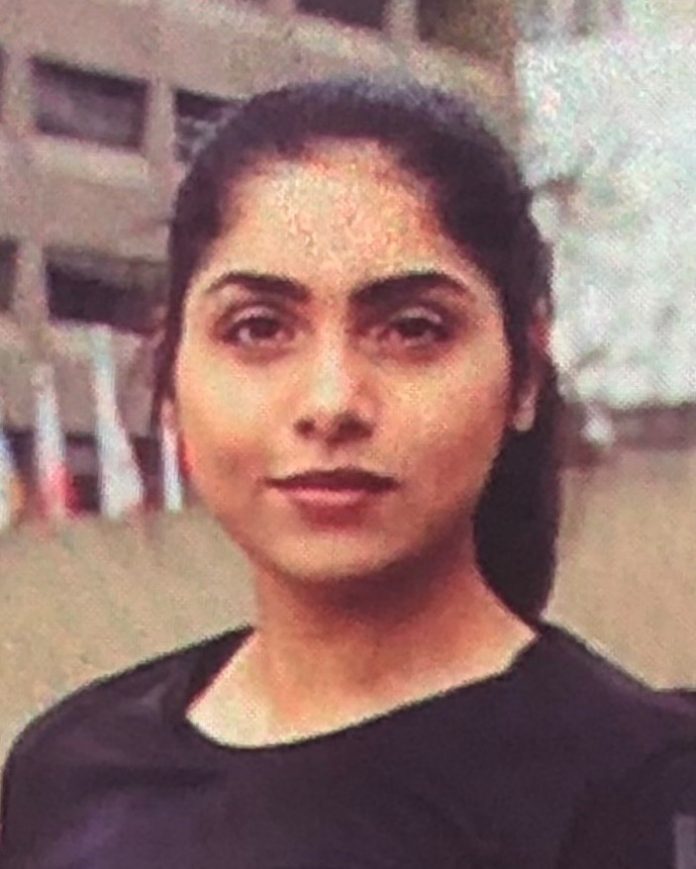 ONTARIO’S Peel Regional Police investigators from the 22 Division Criminal Investigation Bureau are looking to speak with two women who have located car keys in the area of Webster Falls near the village of Dundas on Thursday, August 15. These women, described as being in their 20s and wearing sports clothing, are considered key witnesses in the missing person investigation.

Police have information that two female hikers found a set of car keys belonging to the missing person, Lovleen Dhawan. Lovleen’s bronze coloured Hyundai Elantra was located in the Webster Falls parking lot. The hikers are believed to have given the keys to another group of people before leaving the area at approximately 4 p.m. Police are requesting the hikers that found the car keys to please contact their investigators, as they would be greatly assisting their investigation.

Lovleen was last seen on Wednesday, August 14 at approximately 12:58 p.m., in the area of McLaughlin Road South and Steeles Avenue West in the City of Brampton.

Police and family are concerned for her well-being.

Anyone with information is asked to call investigators with the 22 Division Criminal Investigation Bureau at (905) 453–2121, ext. 2233.  Anonymous information may also be submitted by calling Peel Crime Stoppers at 1-800-222-TIPS (8477), by visiting peelcrimestoppers.ca.

Have you seen Lovleen Dhawan, 27, of Brampton?