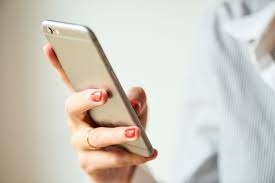 New Delhi (IANS): In the midst of the heated Assembly elections in West Bengal earlier this year, the phone of poll strategist Prashant Kishor was broken into using NSO Group’s Pegasus spyware, according to digital forensics conducted by Amnesty International’s Security Lab and shared with The Wire.

In addition, the mobile number of key strategist Abhishek Banerjee, the powerful Trinamool Congress MLA who is also the nephew of West Bengal Chief Minister Mamata Banerjee, was also selected as a potential target for surveillance by a government client of NSO Group, an investigation of leaked data by The Wire and its media partners on the Pegasus Project has shown.

Their phones, along with that of a close aide to Kishor, were not immediately available for forensic investigation, making it impossible to say definitively whether an attempt to hack them was made.

Since NSO insists that only “vetted governments” can purchase Pegasus, the targetting of Kishor — who was working as an advisor to Mamata Banerjee — is the first iron-clad piece of evidence that this deadly spyware is being used in India by an as yet unidentified agency to gather political information from rivals of the ruling Bharatiya Janata Party, The Wire said.

Kishor’s current or one-time role as a key political advisor and strategist for a range of opposition parties, including the DMK in Tamil Nadu and the Congress in Punjab, besides the Trinamool, means the agency targeting him is also interested in gathering information about the government’s political opponents in different parts of the country.

The forensic examination of his current phone also shows that what appear to be unsuccessful attempts to initiate a Pegasus attack were made on Kishor’s phone in 2018, just months prior to the general elections of 2019. This was at a time when there was considerable speculation over who Kishor and his much-in-demand election consultancy organisation, I-Pac, would be assisting in the elections.

Traces of Pegasus on Kishor’s phone were also detected in 14 days in June 2021 and 12 days in July 2021, including July 13, the day when he met Congress leaders Rahul Gandhi and Priyanka Gandhi in Delhi. In fact, a hack of Kishor’s phone occurred even on the date that The Wire met him and AI helped conduct forensic analysis on it.

THE phone numbers of Ashwini Vaishnaw, newly-inducted by Prime Minister Narendra Modi as his Communications, Electronics and Information Technology, and Railways Minister, and Minister of State for Jal Shakti Prahlad Singh Patel, were among the 300 verified Indian numbers listed as potential targets for surveillance during 2017-2019 by a client of the Israel-based NSO group, The Wire reported.

Also on the list is the personal secretary to BJP leader Vasundhara Raje, when she was Chief Minister in Rajasthan, and Sanjay Kachroo, who worked as an officer on special duty (OSD) for Smriti Irani in her first years as a Union minister in the Modi government from 2014-2015.

Other junior politicians linked to the Bharatiya Janata Party, and the Vishwa Hindu Parishad’s leader, Pravin Togadia, a long-time opponent of Modi from his days as Chief Minister of Gujarat, are other individuals whose numbers figure in the database.

Patel, the MP from Madhya Pradesh’s Damoh, was recently shifted to the Jal Shakti ministry under Cabinet Minister Gajendra Singh Shekhawat from the Ministry of Tourism and Culture, where he held independent charge, The Wire said.

The former Odisha-cadre Indian Administrative Service officer and Rajya Sabha MP Vaishnaw, on the other hand, was given three crucial cabinet portfolios in what was a much-publicised appointment in the latest cabinet reshuffle. He appears to have been targeted for possible surveillance back in 2017, when he had not yet taken the plunge in favour of the BJP. Another number, apparently listed in the name of his wife, also appears to have been selected, the report said.

Last week, it was Vaishnaw’s ministry which issued a formal response to the Pegasus Project media consortium denying that any of the individuals mentioned to the PMO in advance had been spied upon.

Vaishnaw was informed of his presence in the leaked database on Sunday but has yet to respond with a comment or reaction.

In the absence of forensics on the phones associated with the numbers on the leaked database, it is not possible to conclusively establish whether Pegasus was successfully deployed against Vaishnaw or Patel, The Wire said.

Apart from the two Union ministers, the phone numbers of Kachroo, his father and his minor son also appear in the leaked data. A corporate executive, Kachroo was chosen by then Human Resource Development Minister Smriti Irani as her officer on special duty (OSD) in 2014 but he never got formally appointed.

Their phone numbers continue to appear in the leaked records for a sizeable part of 2018.

Kachroo’s interim appointment as an OSD in Irani’s ministry was examined by the PMO, after his controversial role in appointments came to the fore on social media. His appointment, unlike OSDs of other ministries, had reportedly not been approved by the Appointment Committee of the Cabinet (ACC), The Wire said.

BJP sources had then told the media that one of the reasons Irani was shifted to the supposedly lightweight Textiles Ministry in 2016 was her impulse to unilaterally take decisions without consultation, the report said.

Kachroo’s appointment had also rubbed the RSS the wrong way, claimed some sources who thought “power brokers” were being preferred over dedicated Sangh workers. Kachroo, however, is still considered an integral part of Irani’s coterie.

The Wire said a range of phone numbers belonging to people who are associated with the Sangh parivar appear in the records. These include Togadia, whose phone number was potentially targeted for surveillance throughout 2018.

Vasundhara Raje’s personal secretary Pradeep Awasthi’s phone number was also marked as a possible candidate for surveillance for most part of early 2018, months ahead of the state assembly polls in December 2018. It is widely known that Raje and BJP’s central leadership have often been at odds. In the run-up to the Assembly polls, her tiff with the central leadership had become apparent, The Wire said.

CONGRESS leaders Mallikarjun Kharge, Adhir Ranjan Chowdhury and Randeep Singh Surjewala held a press conference here on Monday and held the Narendra Modi government guilty of “treason”, claiming that the “Centre’s spyware has dismantled national security”, after it emerged former party President Rahul Gandhi, among others, was one one of the potential targets of snooping using the Pegasus spyware developed by Israel’s NSO Group.

At least two mobile phone accounts used by Rahul Gandhi were among the 300 verified Indian numbers listed as potential targets by an official Indian client of the Israeli surveillance technology vendor, NSO Group, The Wire reported.

“Shouldn’t Home Minister Amit Shah, in-charge of the country’s internal security, be sacked forthwith? Does this not warrant a full investigation into the role of the Prime Minister, the Home Minister and others involved,” the Congress leaders asked.

The Congress said that it’s “shocking and sensational” that news reports disclosing illegal and unconstitutional hacking of cellphones of Constitutional functionaries, Union Cabinet ministers, present and former heads of security forces, senior leaders of the opposition, journalists, lawyers and activists reflect treasonous and inexcusable dismantling of national security by the BJP government.

“‘Rule of law’, ‘fundamental right to privacy’ and ‘Constitutional duties’ have been murdered in broad day light by the Modi government,” the Congress leaders said.

They further said that it is an ‘unpardonable sin’ that snooping and hacking of cellphones through Pegasus has given someone illegal access to the entire conversations, passwords, contact lists, text messages and live voice calls of India’s security apparatus, Union ministers, opposition leaders, Supreme Court judges and others.

“This is clearly treason and total abdication of national security by the Modi government, more so when a foreign company could possibly have access to this data.

CALLING the reports of alleged snooping on prominent citizens using Israeli Pegasus spyware as “baseless”, the ruling BJP on Monday said there is not a single shred of evidence so far that links either the central government or the party to this controversy.

Addressing a press conference, former Information Technology minister and senior BJP leader Ravi Shankar Prasad said, “BJP strongly refutes, condemns the baseless and bereft of political propriety comments levelled by Congress against the BJP. It is a new low for a party that has ruled India for more than 50 years.”

“There is not a single shred of evidence so far that links either the central government or BJP to this controversy. This is a case of digital spyware, and thus at least some concrete evidence in data form should be presented to vindicate the charges made by the Congress,” former IT minister said.

“There could be any number of potential databases across the world that contain the numbers or names of people. How does any such database concern the government of India unless some evidence is presented? Even for the supposed leak from this database, the people who broke this story itself claim that the presence of a phone number in the database does not mean there was an attempted hack or to infect with Pegasus,” Prasad said.

Hitting out at the web portal (The Wire) which published the reports, Prasad said, “Yesterday, we saw a sensationalist report by a fringe news portal which is infamous for circulating fake news. However, even after days of build-up, it turned out to be a damp squib, as admitted by many people on social media.”

He also attacked Amnesty International and said, “Can we deny that bodies like Amnesty had a declared anti-India agenda in many ways? They withdrew from India when we asked them about their foreign funding as per law.”

“Those who broke the story themselves did not claim that a presence of a particular number in the database confirms that it is infected with Pegasus. It is of paramount importance to reveal all facts in front of the nation. WhatsApp very specifically contended before the Supreme Court that its data cannot be hacked by Pegasus,” he said.

Prasad asked why only India is being targeted for the use of the spyware when 45 nations are using it.

“The NSO, which is the manufacturer of Pegasus, has clearly said that its clients are mostly Western nations. So why is India being targeted in this matter? What is the story behind this? What is the twist in the tale? Some people were brought in and their names were dropped,” he said.